Apologies for my lack of blogging - I'm well and truly up to my eyeballs in work and family life. This is a post I started in the spring but never got round to finishing as life got in the way. In a classic case of me believing I know more than I actually do, I was surprised to learn Austria has a region named after its long history of growing pears for perry or Most (pronounced mosht) as they tend to call it. The Mostviertal ('cider quarter') had somehow escaped my radar until I discovered earlier this year whilst researching Worlds Best Cider. I was contacted by the Mostviertel Tourismus and asked if I wanted to attend their first ever Salon des Mostes - a festival that brought together cider and perry producers from all over Austria, and also some from Germany at a renaissance castle in Schallaberg, a beautiful setting and a great venue.

The region is a place where the pear reigns supreme (for once, more so than the apple) icons are everywhere; signposts, on keyrings, posters, carved into the aged wooden beams in traditional bars - its even in the chocolate and the mustard. It really has become part of the fabric, which gives rise to the passion that every producer enthuses.

Our promotional day trip to meet some producers, try some products and learn a bit more only gave us a chance to scratch the surface, but it was a start. In the company of German cidermakers, Austrian food journalists and even a Spanish cider blogger - we were a thorough crowd.

As with the rest of Europe, the crop seems the season is a little behind this year so none of the pear trees were actually in bloom, but desite that (and the tourism video with its epic soundtrack) - its a stunning landscape. The echos of history are always there if you pay attention and this area is no different. A thousand years of agriculture and pear growing have left their mark, right down to the four sided design of the original farmhouses typical of the Roman villas that once contained a courtyard. The clay soil on which the pears grow, is the same soil that was used to make bricks that built both these and many of them are still standing today.

My guide told me that in 1763 -Kaiserin Maria Thresia, Empress Elizabeth decreed that more pears must be planted along all the main roads in an attempt to boost the economy (I'll suggest it to David Cameron if I meet him). After her- Joseph 2nd carried on the tradition and offered farmers who planted apples or pears silver coins for their efforts. By 1898, in Lower Austria alone, over a quarter of a million fruit trees were counted. In 1938, in Amstetten, a small part of the Mostviertal, there were a million pear trees (838 trees per km²) and in Lower Austria there were 5.5 million trees. Prior to WW1, there were 6-8 million apple and pear trees growing throughout Austria, the Danube used to take drinks from the Black Forest as far as the Black Sea at the time... you get the picture. Alas, by the 60's, as throughout much of Europe, cider was unfashionable, people weren't drinking it and so many of the trees started to be removed and were replaced with cereals.

Interestingly, as in Germany - the trees are grown in an open system ('streu obst'), which means no fences and no orchards so the landscape looks older and less tamed. To a Brit, a Frenchman or an American, it seems quite random when you're driving along and realise the Pear trees grow in lines along roads and paths, until you realise it keeps repeating, so they're meant to look like that. Its typical to see a line of 5 or 7 trees grown in such a way. They look abandoned to those of us that are more used to orchards, and in out own country -our temptation would be to stop and collect the fruit. However, the open system is respected- each tree has an owner and they want the fruit -so hands off scrumpers.

Our first visit was to a Mostellaria, where Josef Farthofer specialises in Mostello, a tasty pear based desert wine, as well as the usual array of Mosts.

One aspect I was surprised (and a little disappointed) to find, was how modernisation and 'improvements' that started about 20 years ago have now led to the Most not only being cleaner and more processed in style, but curiously, the also producers are prouder of it that way. Don't get me wrong, its still nice, but I felt as though it has lost its original character. As with the rest of Europe, when cider/perry is more traditionally made, blended from all the fruit and fermented using wild yeast -although a riskier process it can offer a product that has a whole lot more character to it and is a pleasant alternative to the more modern, cleaner style but unfortunately, its very difficult to find unless you know a local farmer. Single varietys are the vogue here currently, and it seems popular to add various crystalised acids (malic, citric etc) to sharpen the cider, to use egg white to remove the tannin and add a champagne yeast to ferment with. After asking my hosts if there is any chance of trying some traditionally made products on several occaisions, 36 hours later my very hard working and lovely lady guide Gerlinde appeared with an unlabelled, pale but slightly blushed and opaque bottle of perry for us to sample from a local farmer. It was fantastic and much more like the ciders I had hoped to find. I assume I preferred it because it tastes more like a traditional perry I would find here in UK, as such it had the best aroma so far and more character than many of the modern, single variety offerings we'd tried so far. I think, knowing its there, its important that if Austria wants to base some tourism on its perry heritage, they should also offer some traditionally made Most, because its really lovely and a real taste of the past. Not every cider producing nation has traditional techniques remaining, even amongst the farm producers. Having said that - they are a very welcoming people who are truly passionate about their pears. Its a country whose ciders/perries I will watch with keen anticipation and hope to explore in more depth at a later date 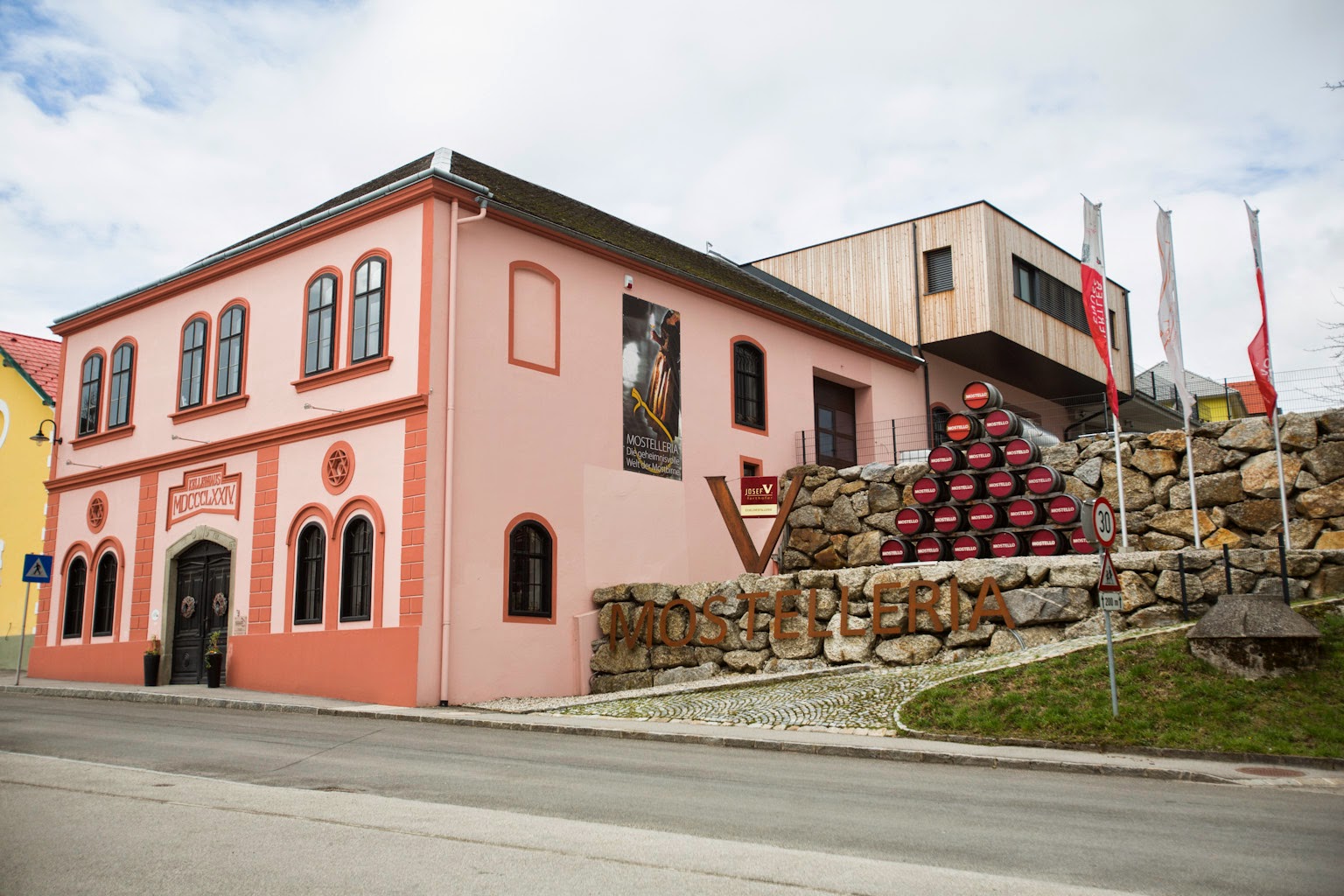 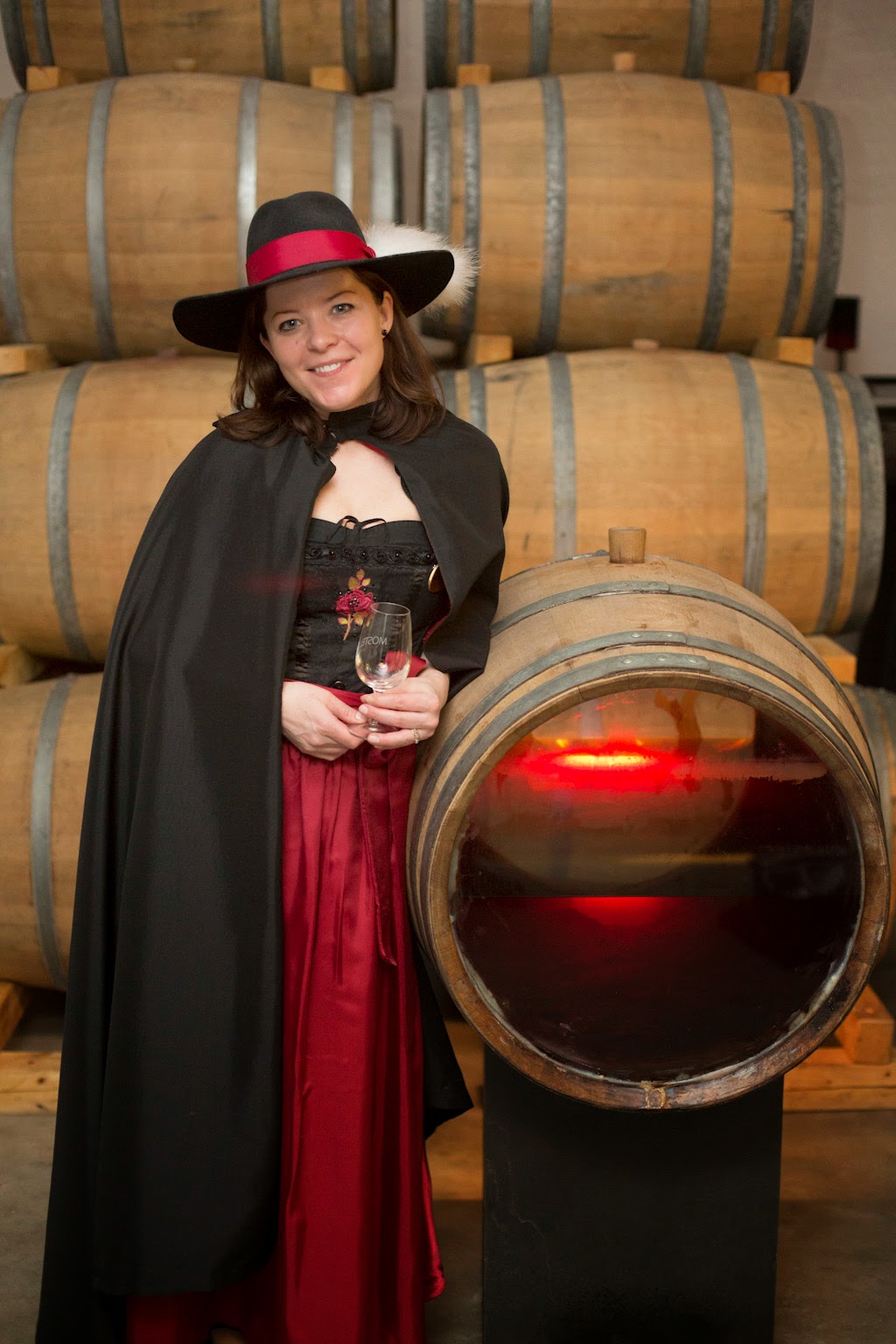 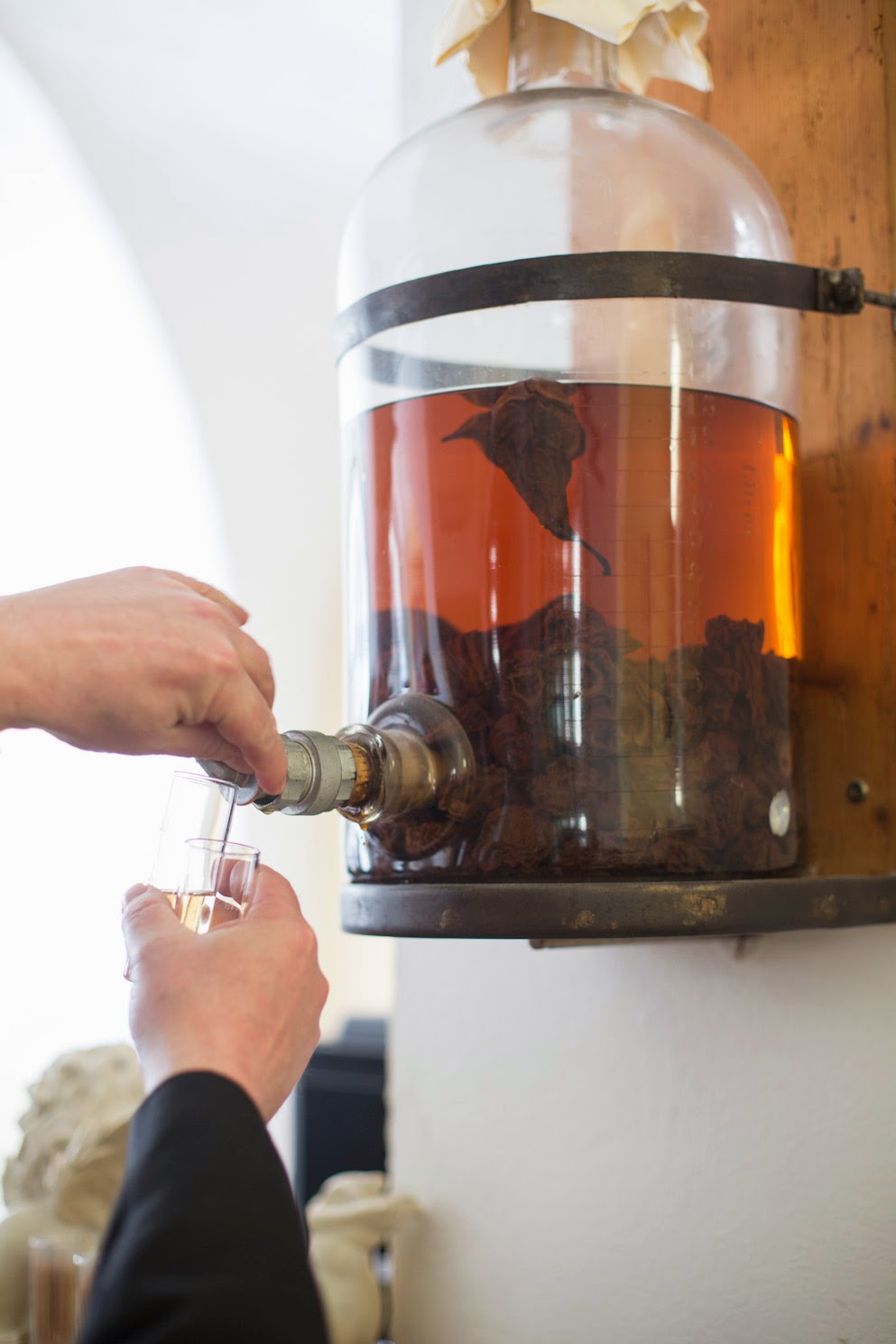 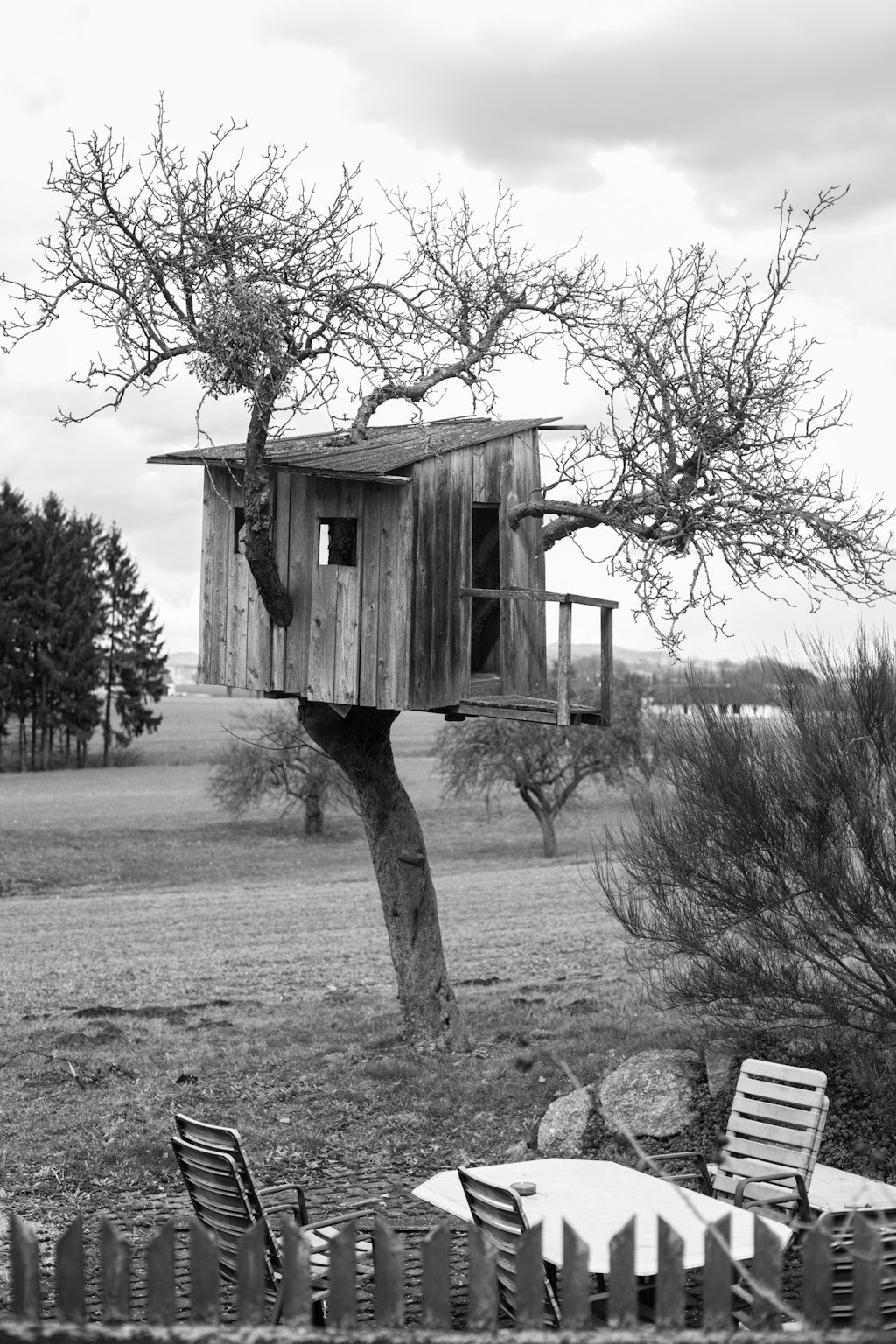 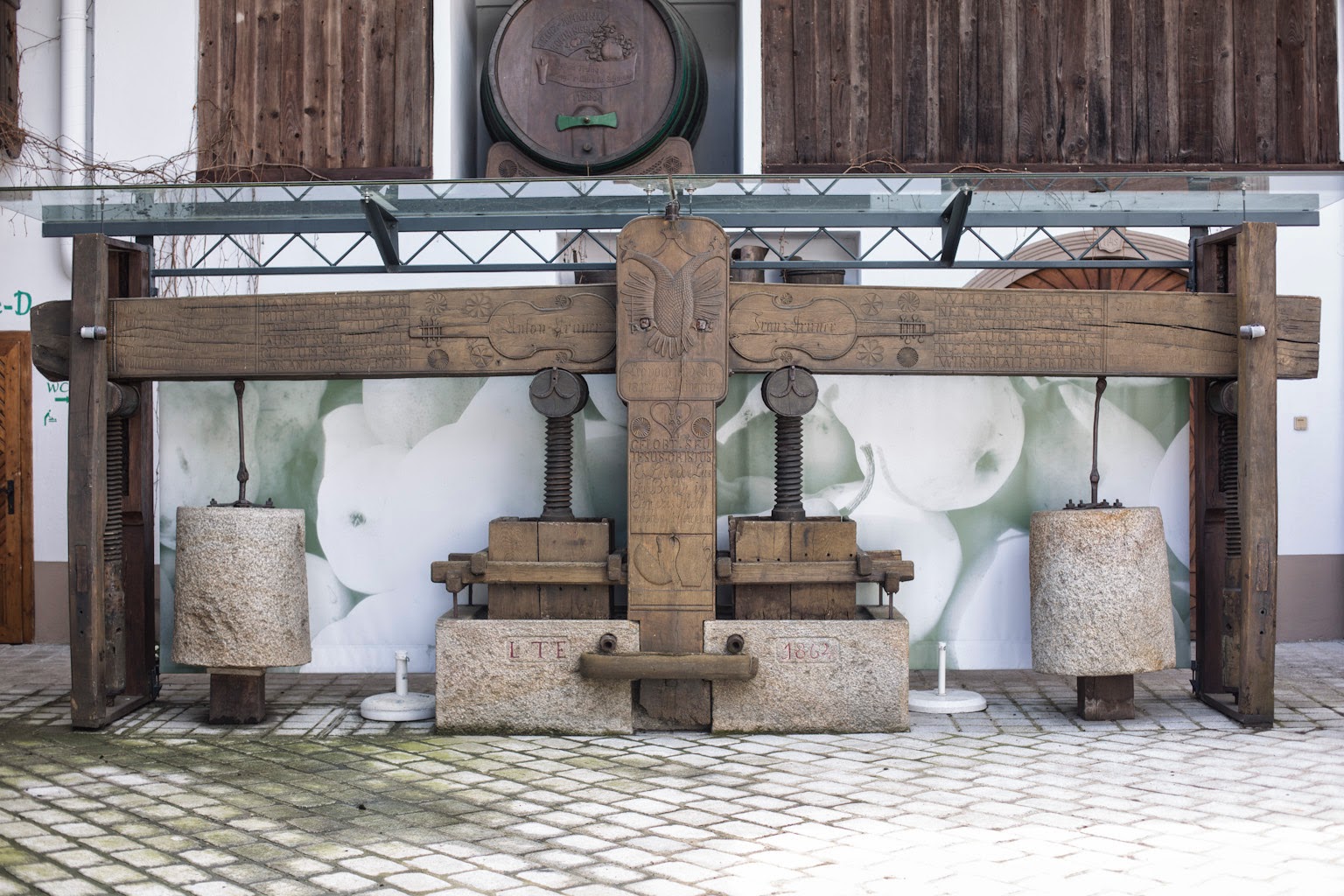 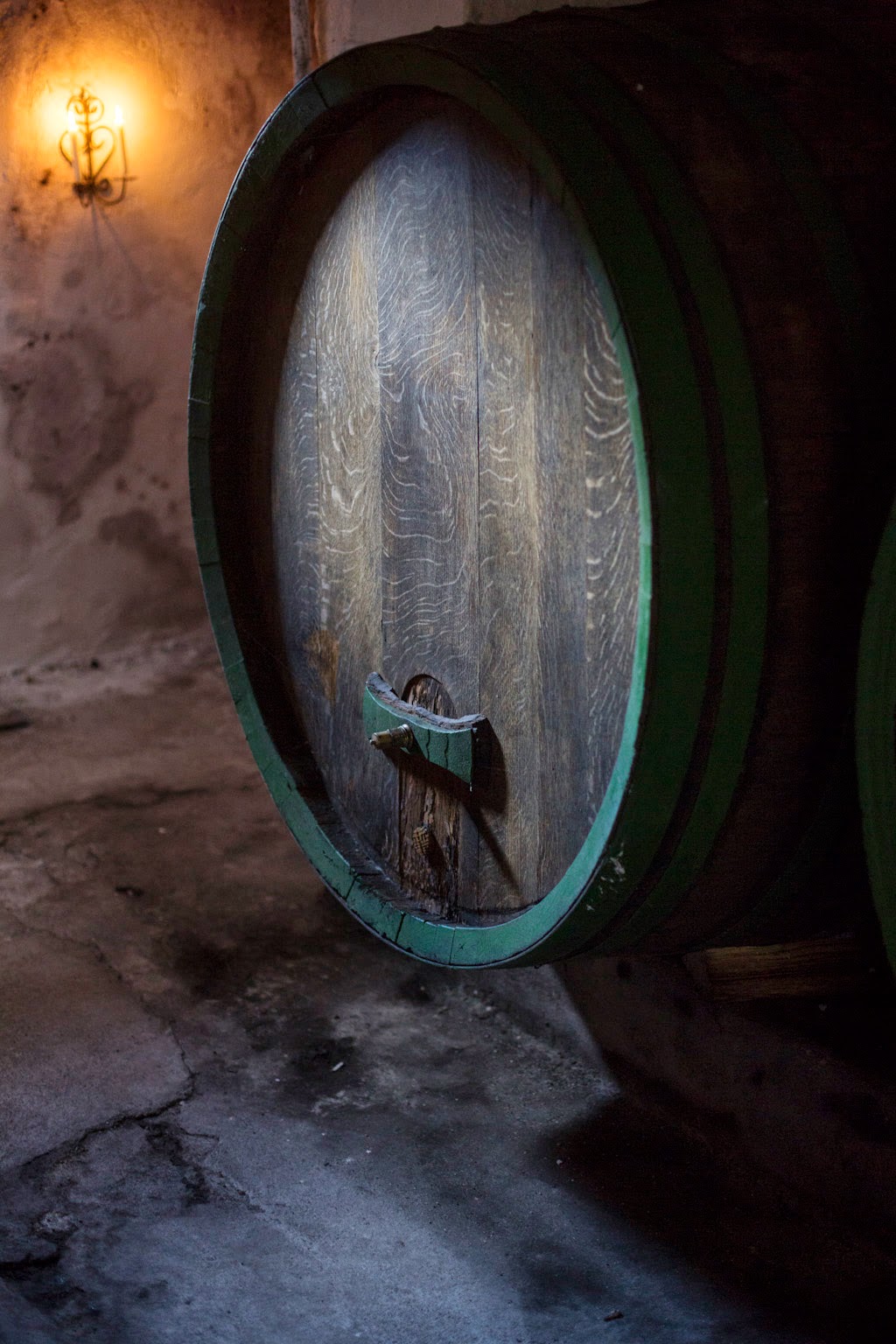 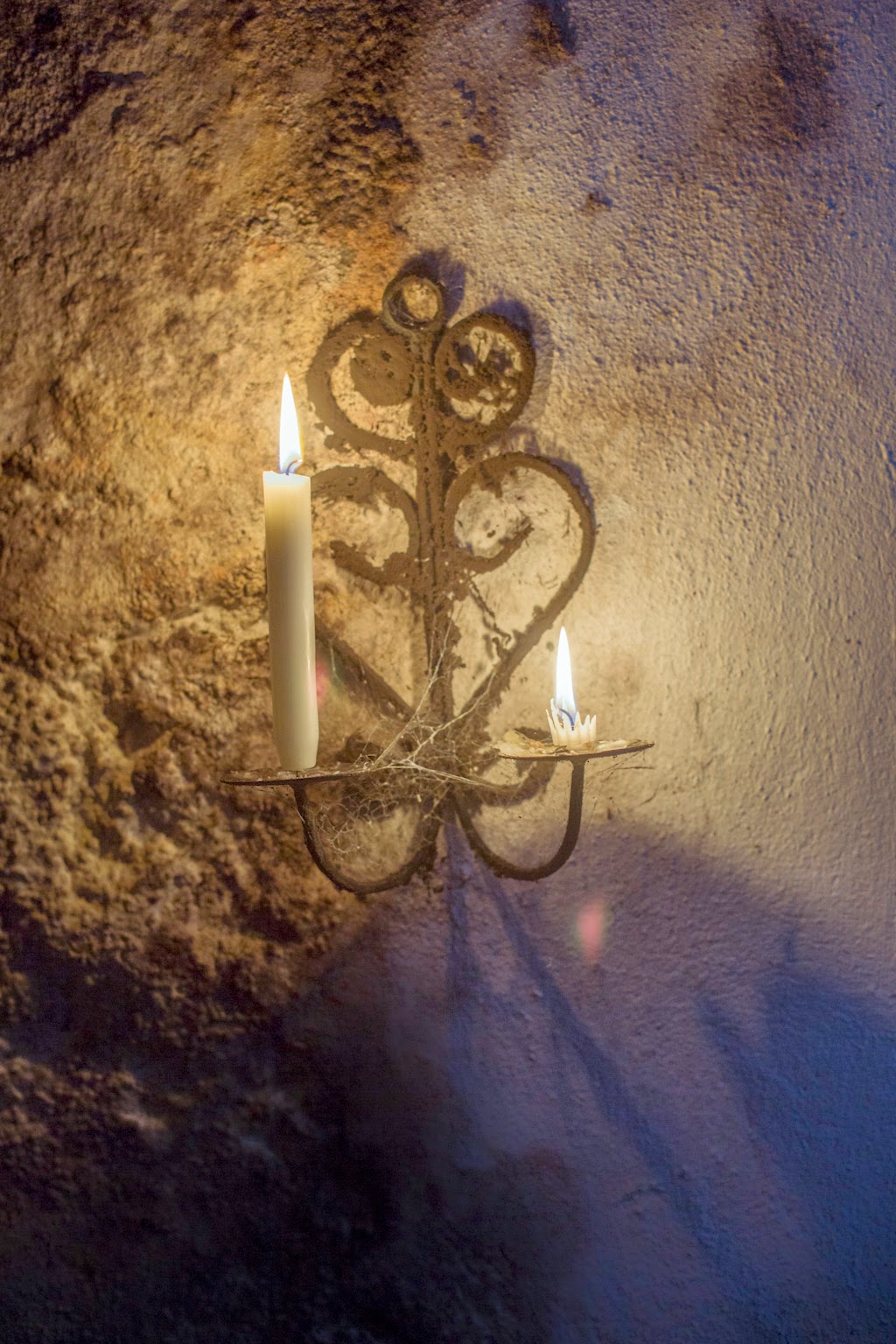 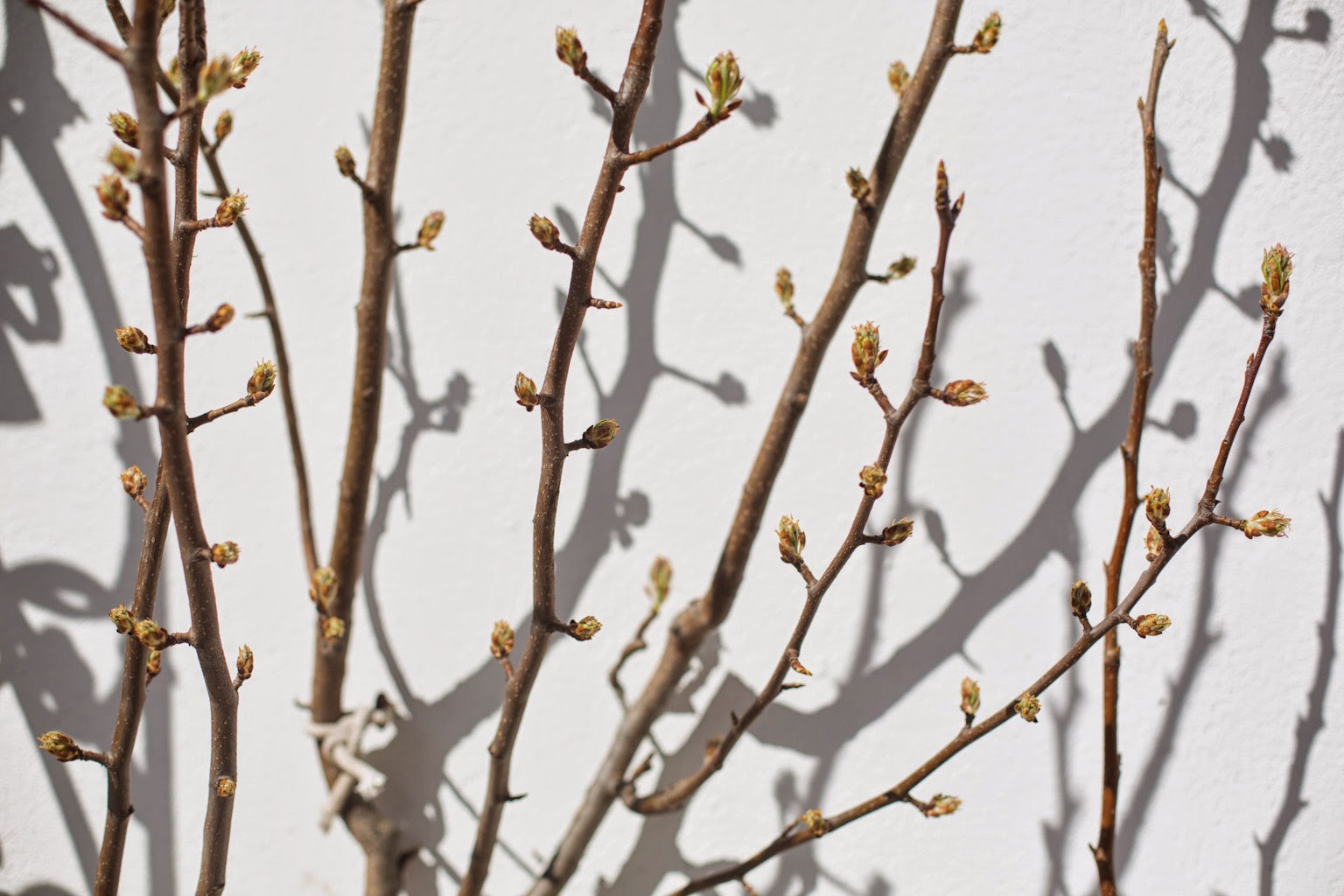 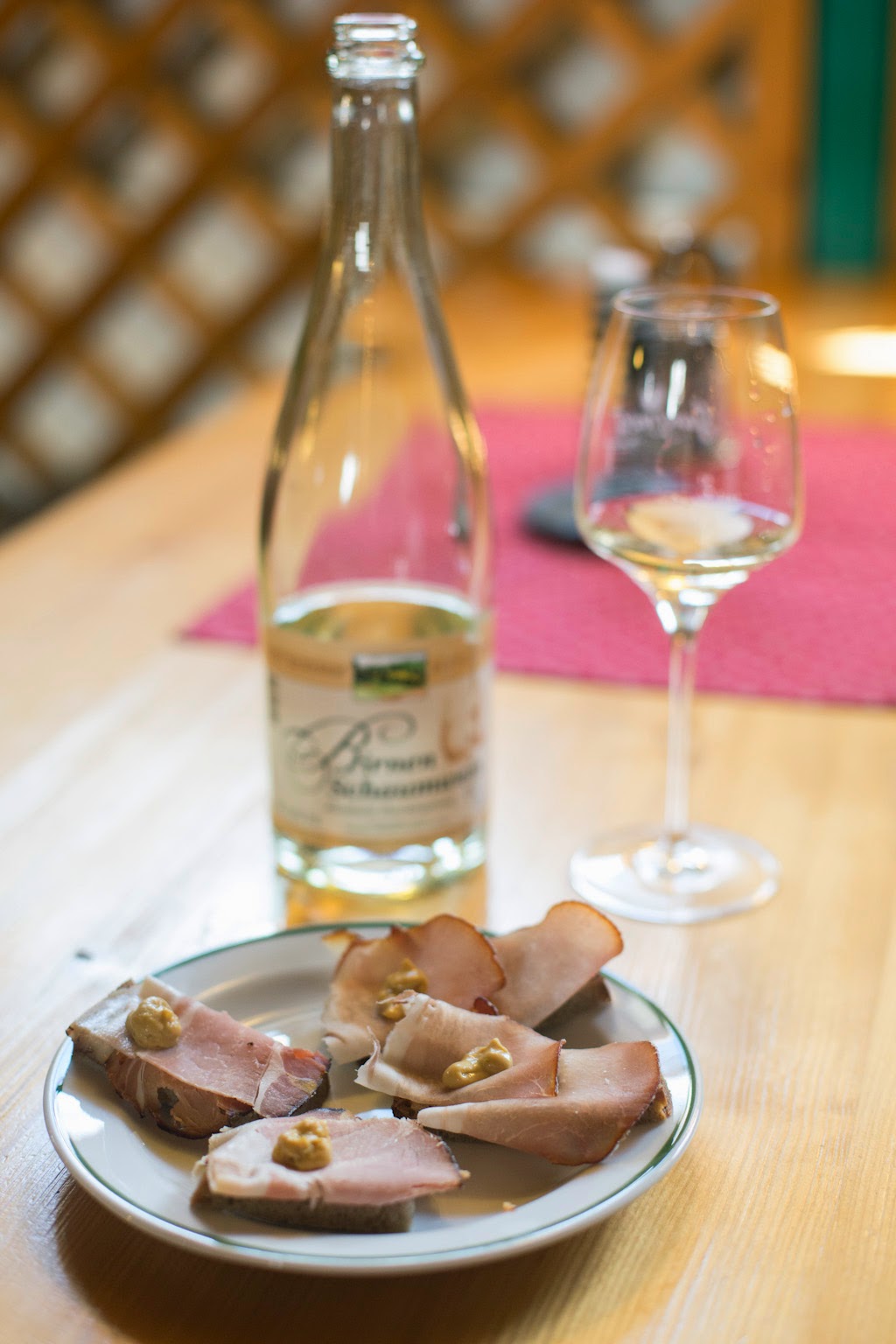 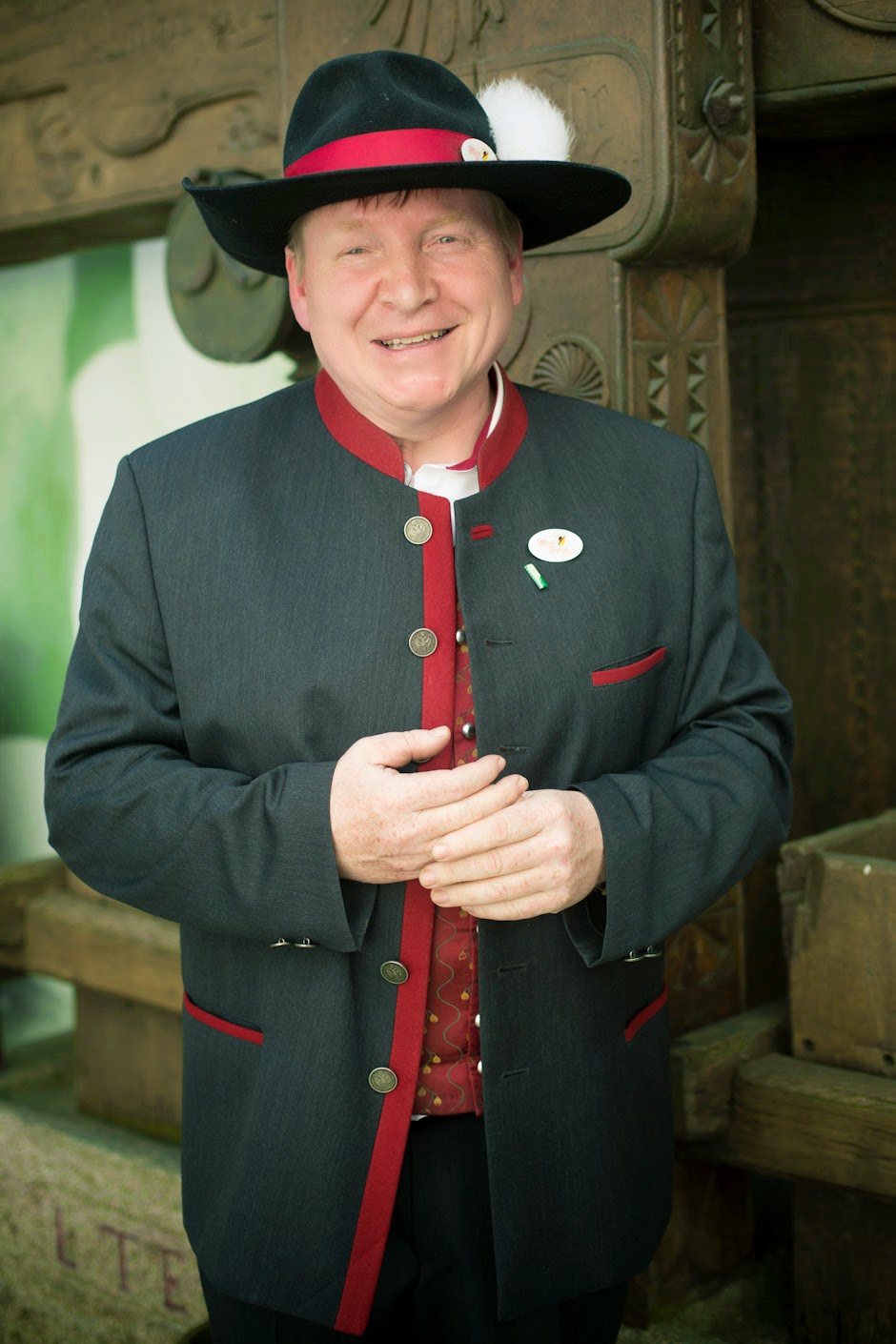 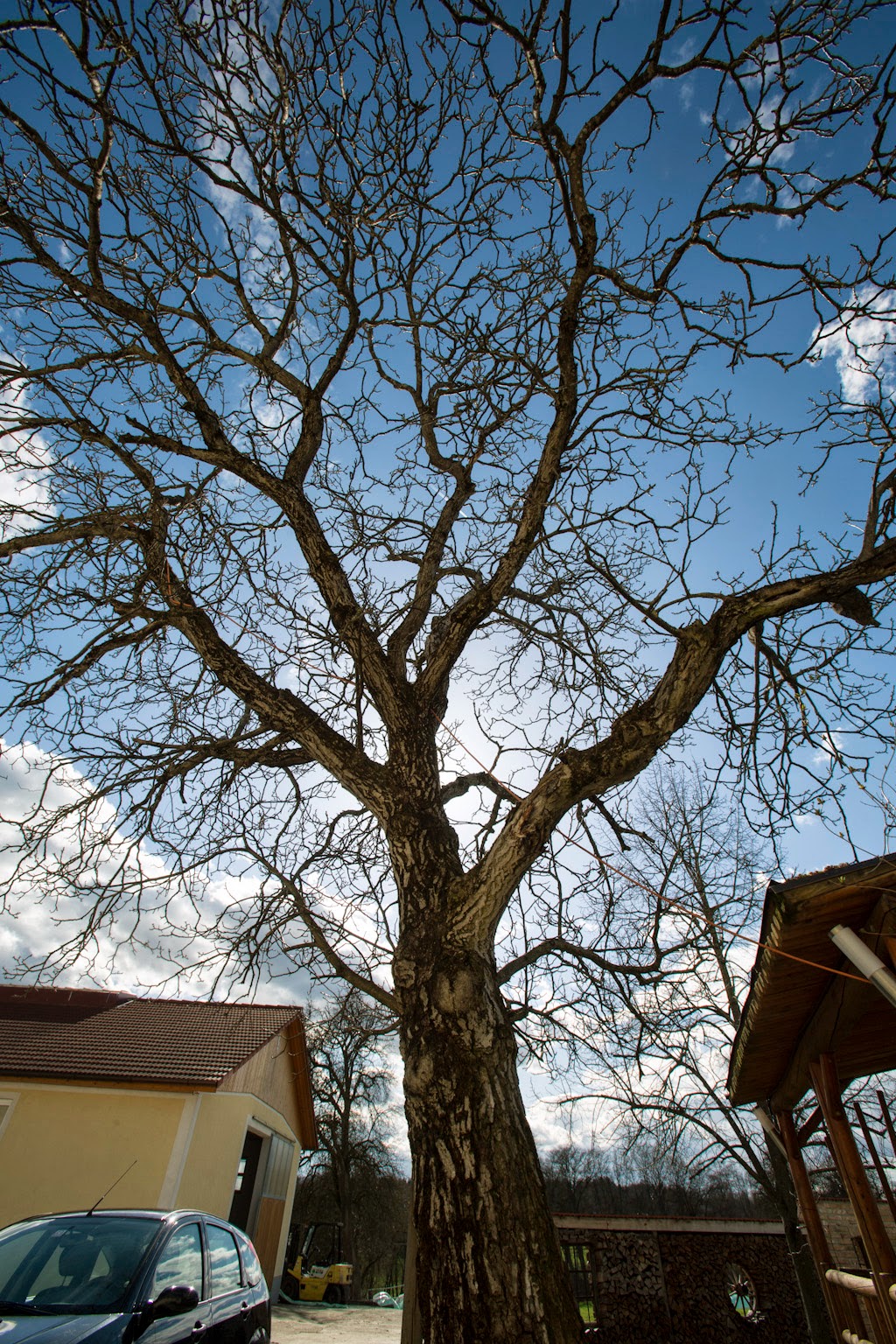 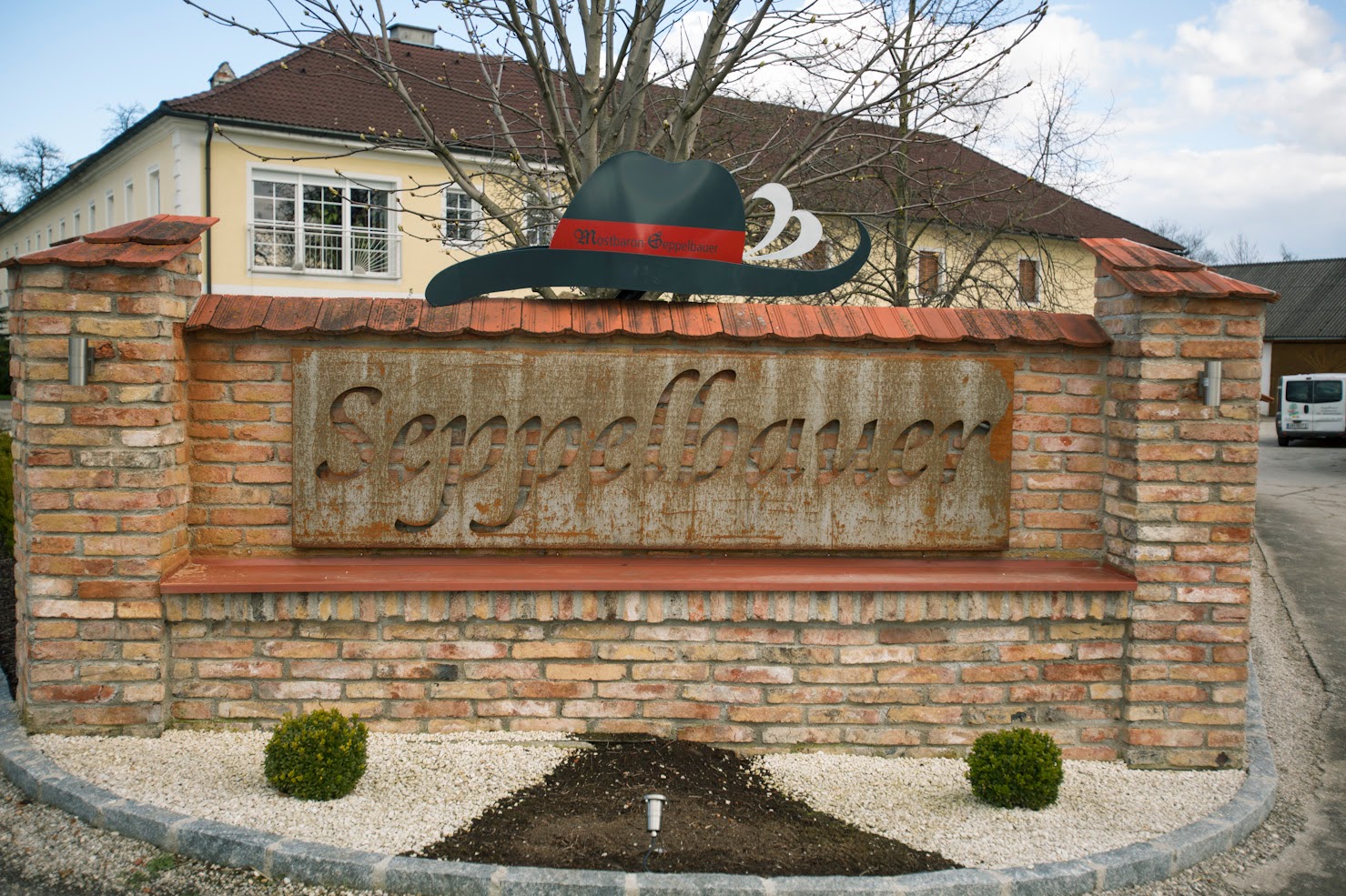 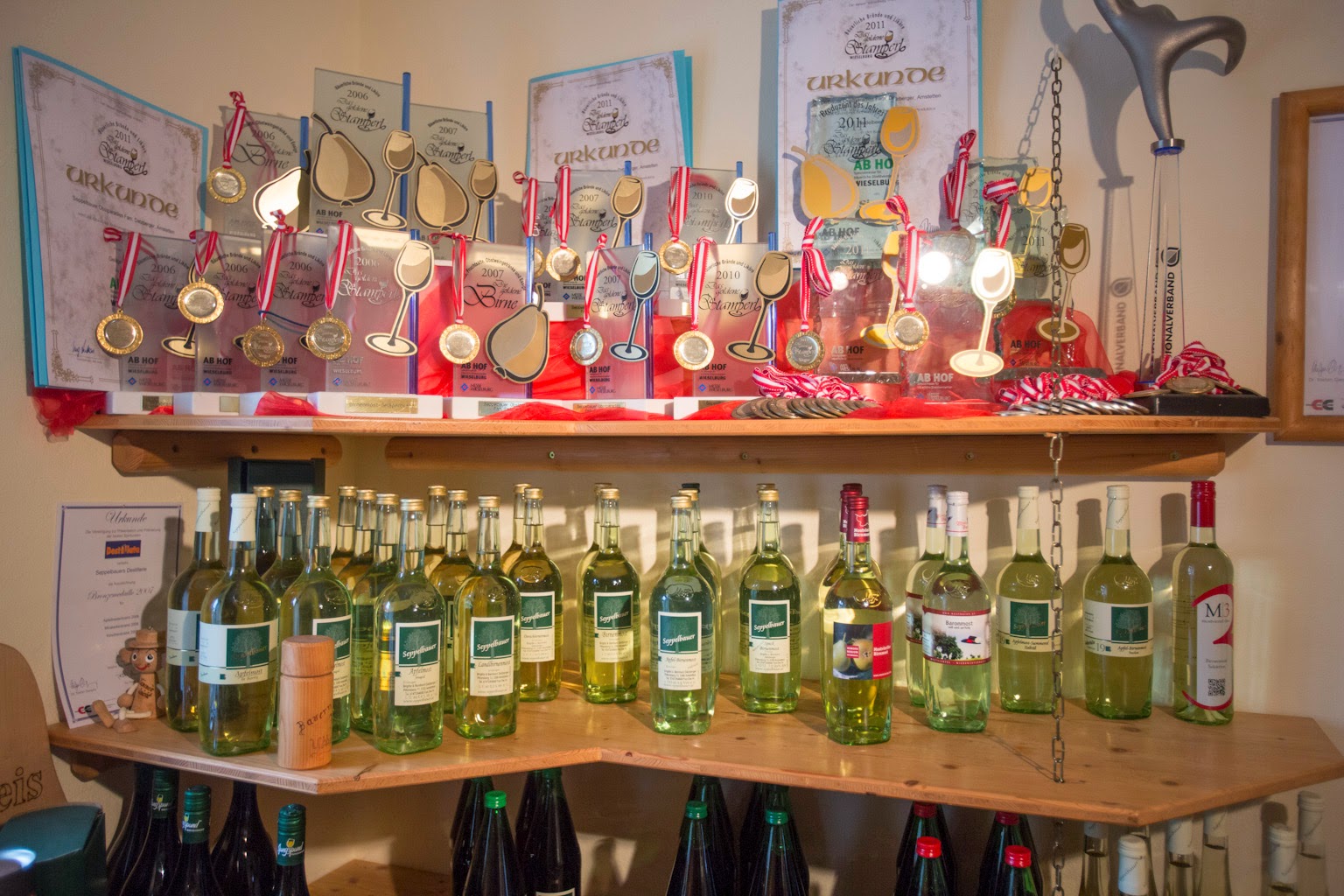 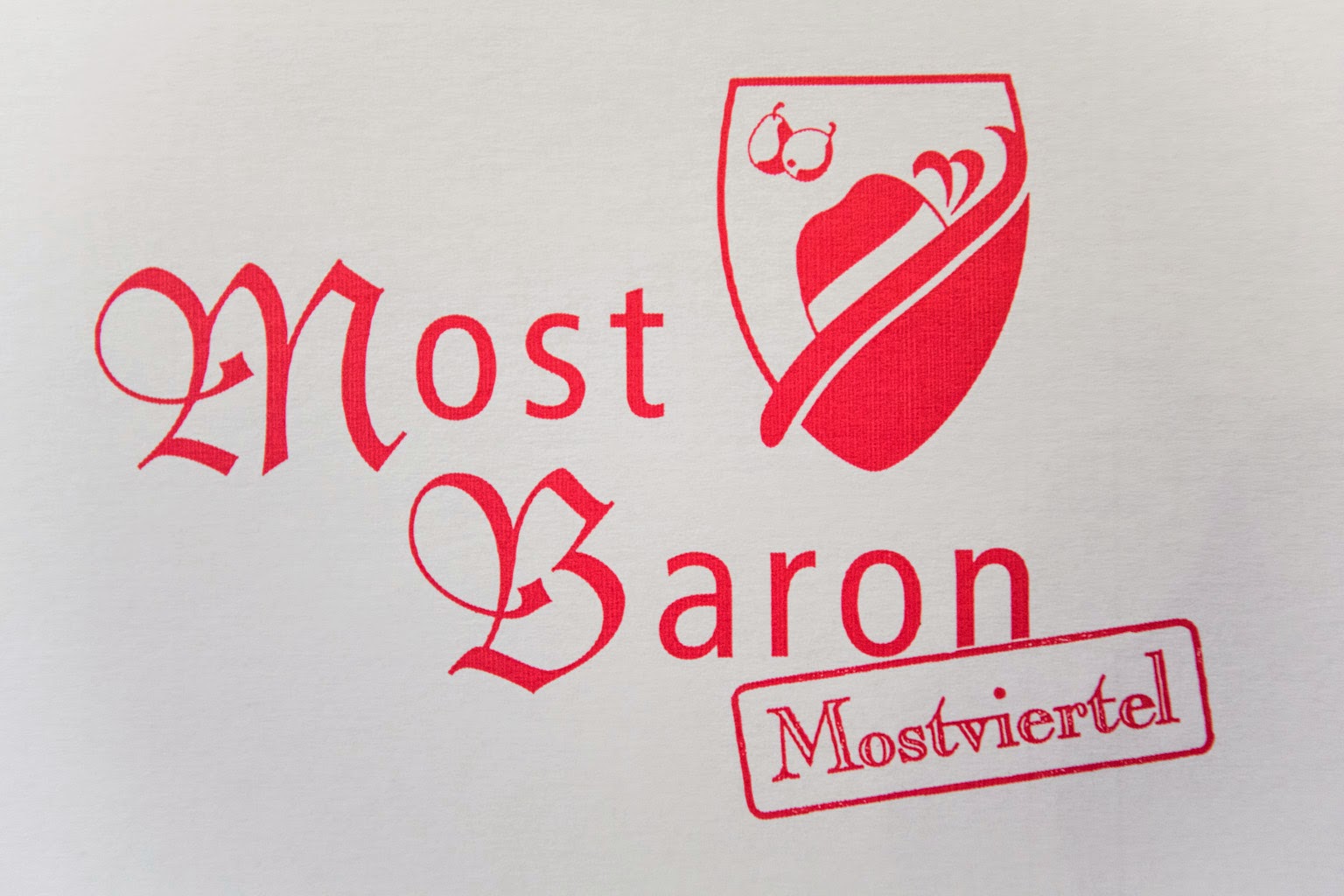 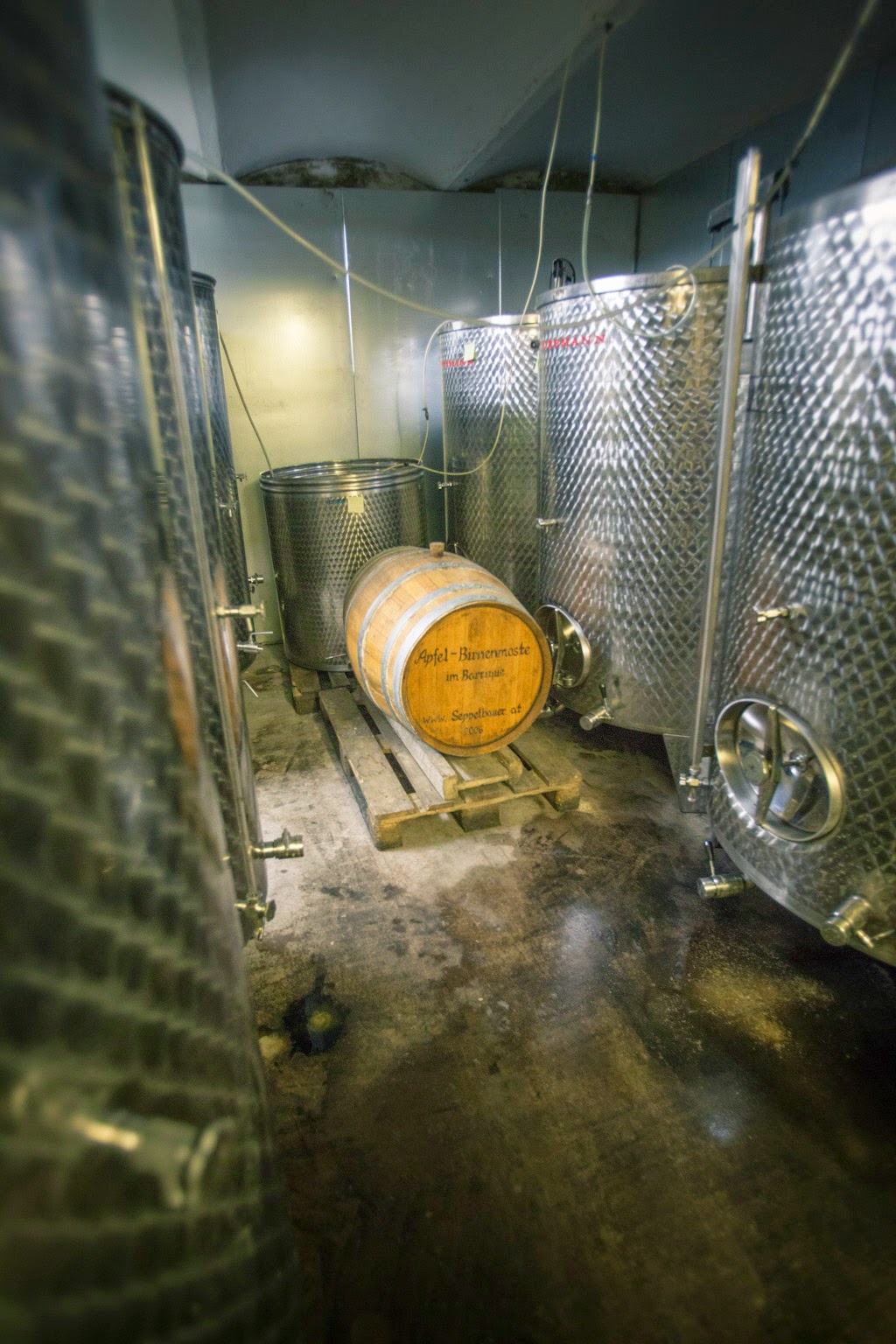 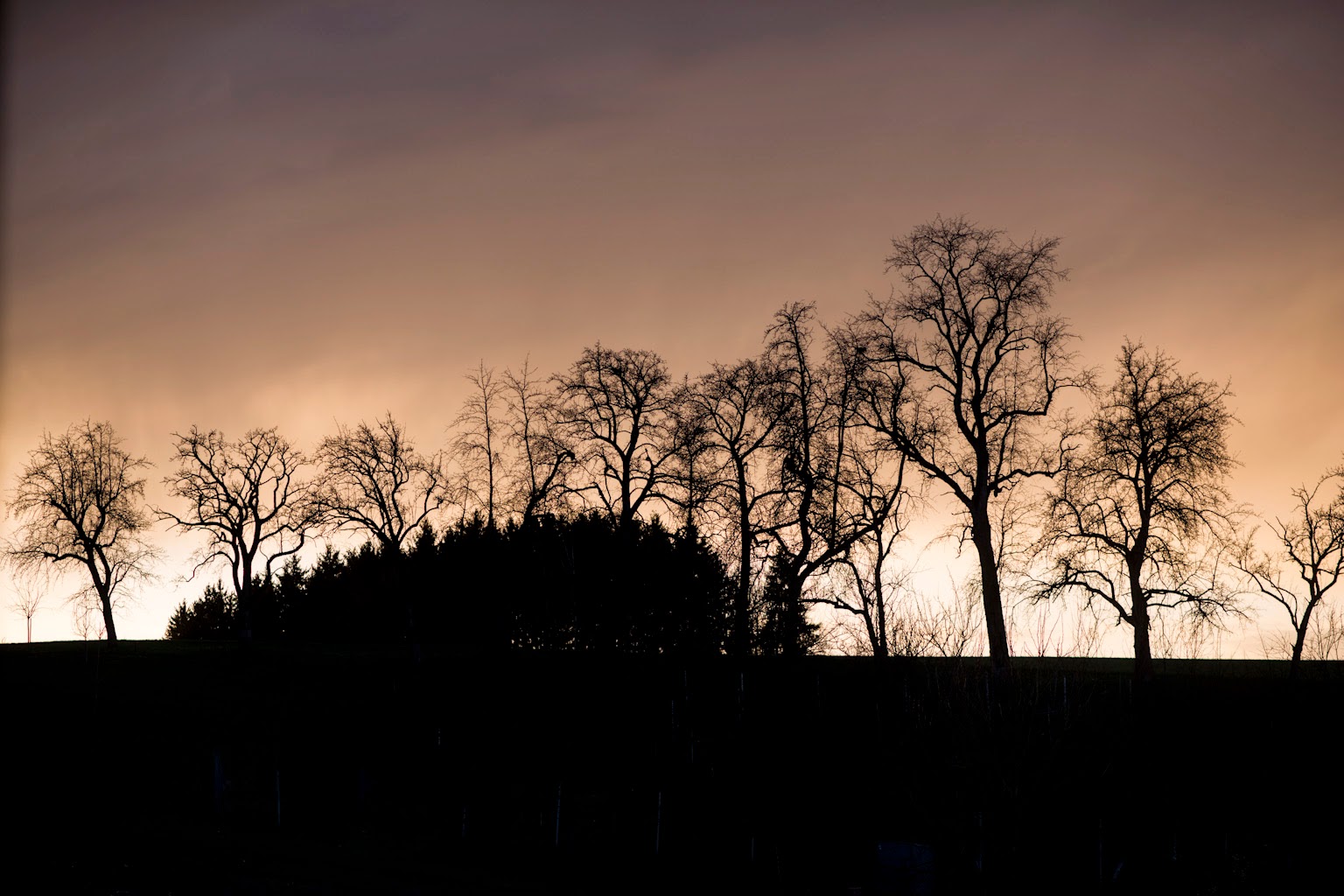 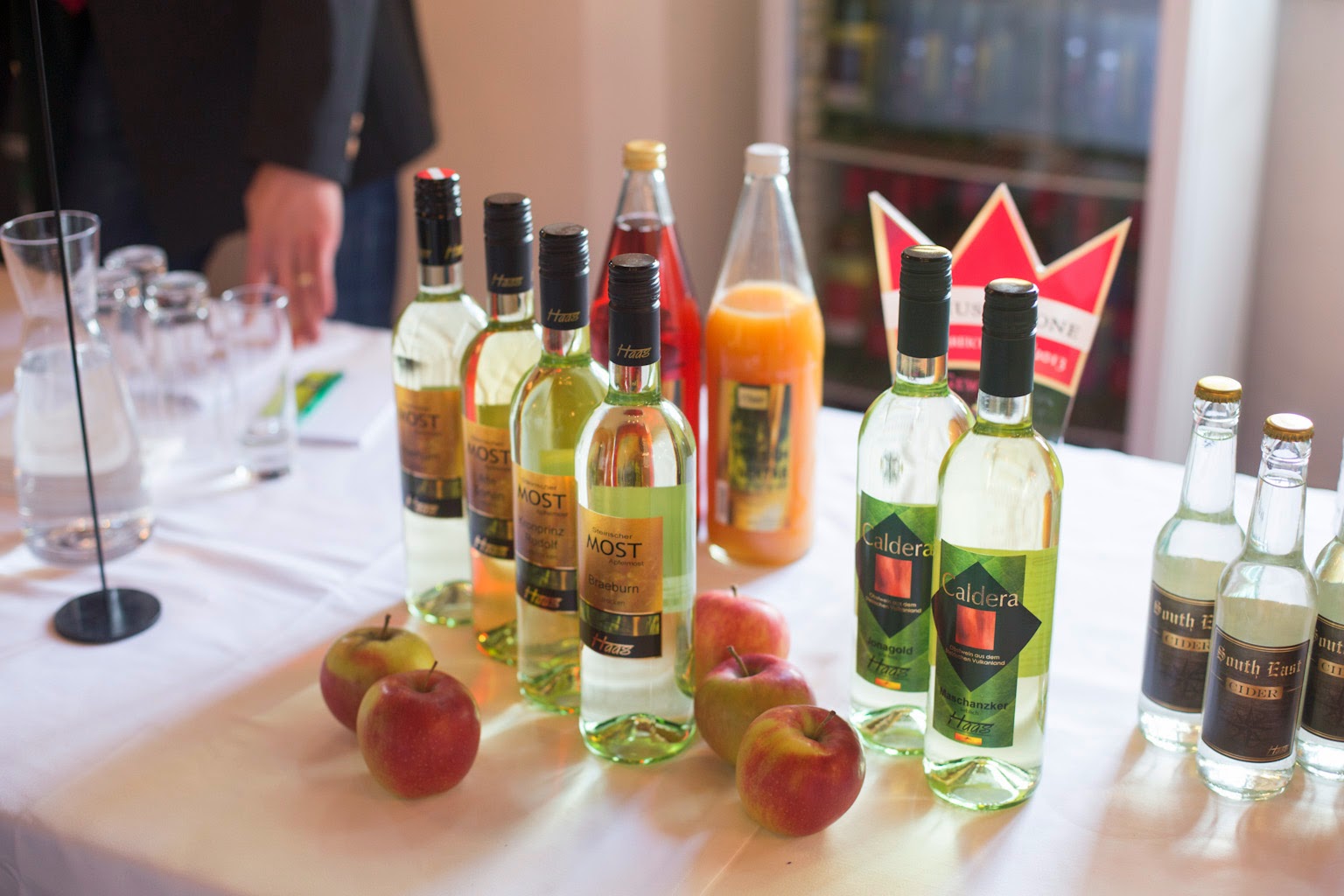 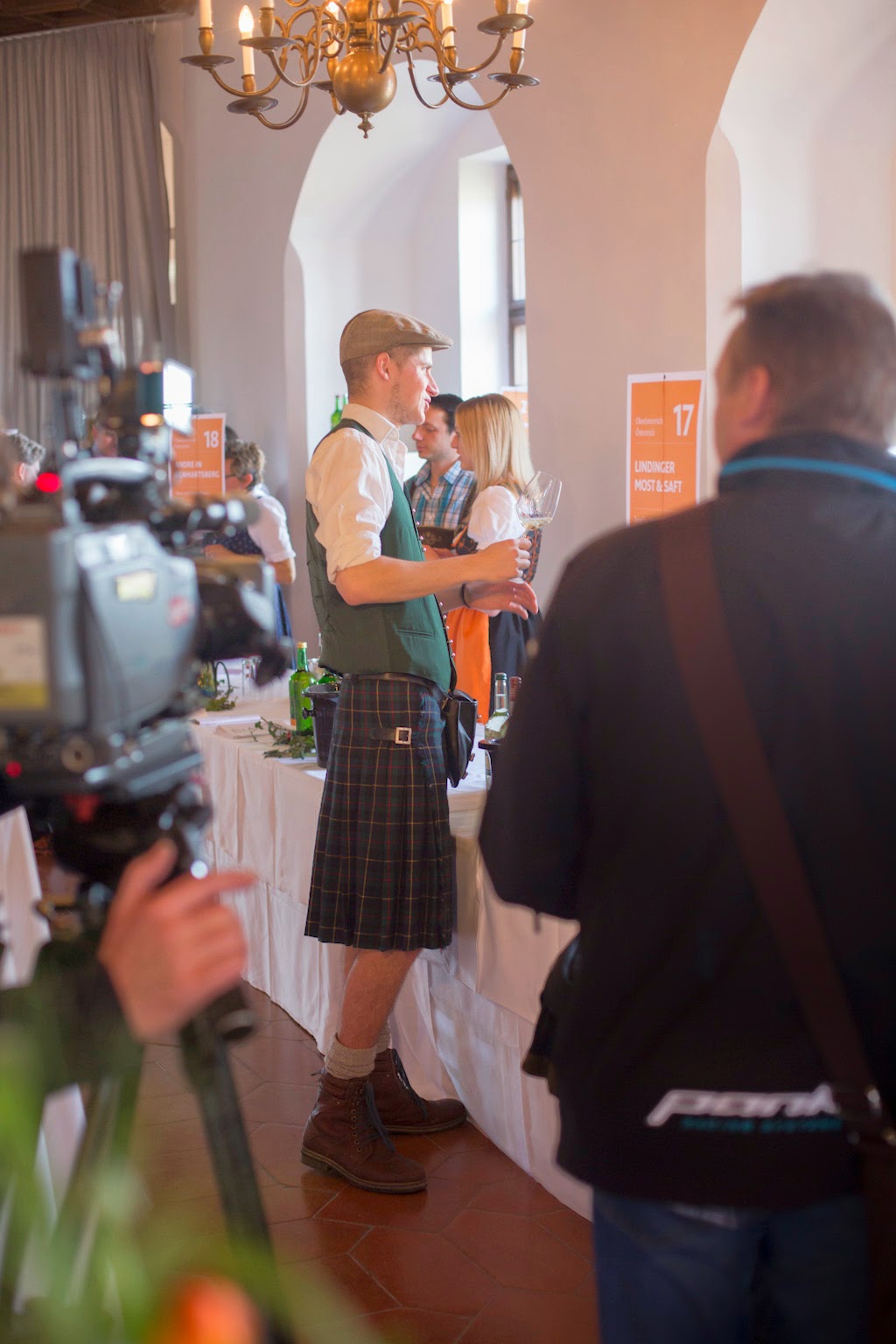 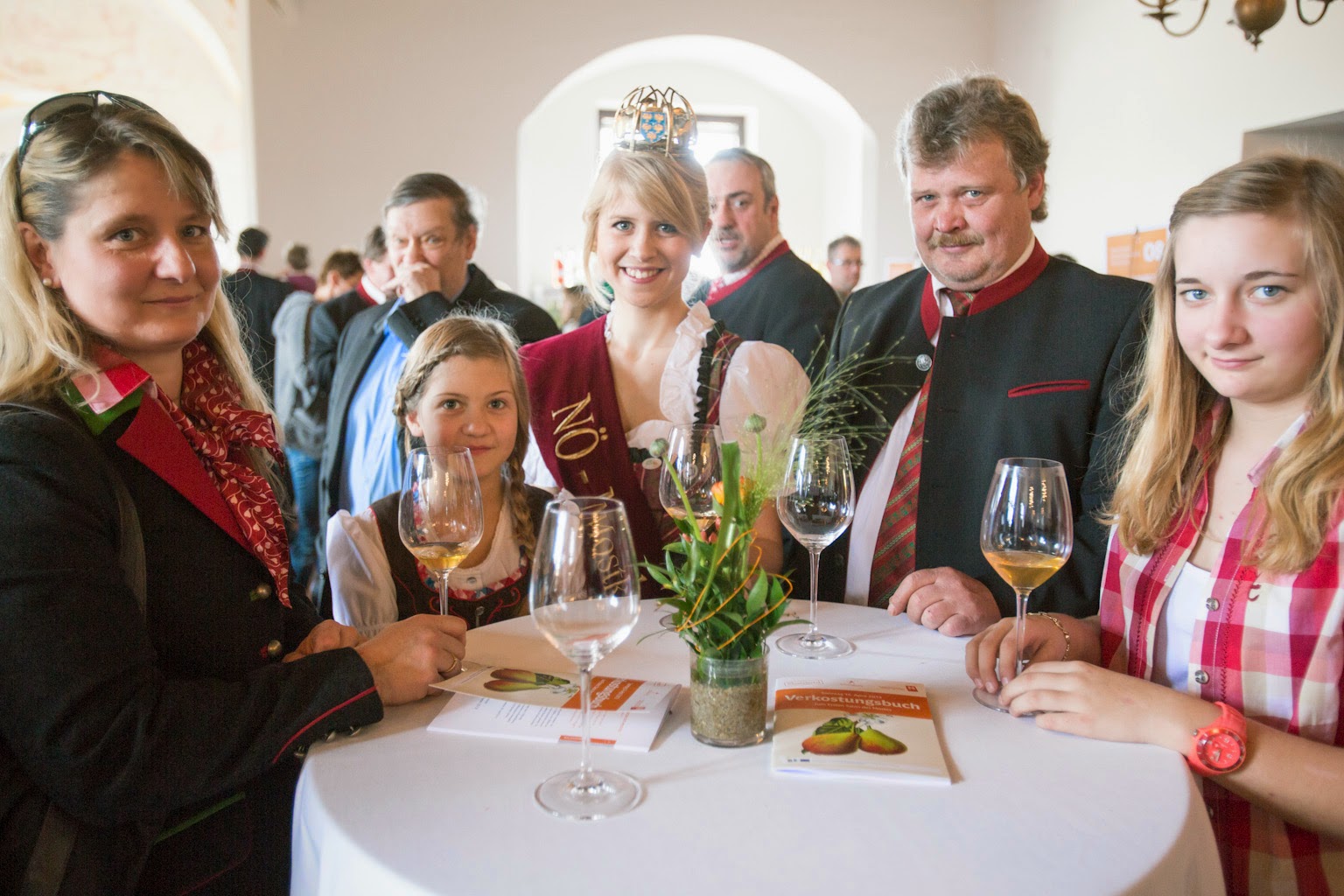 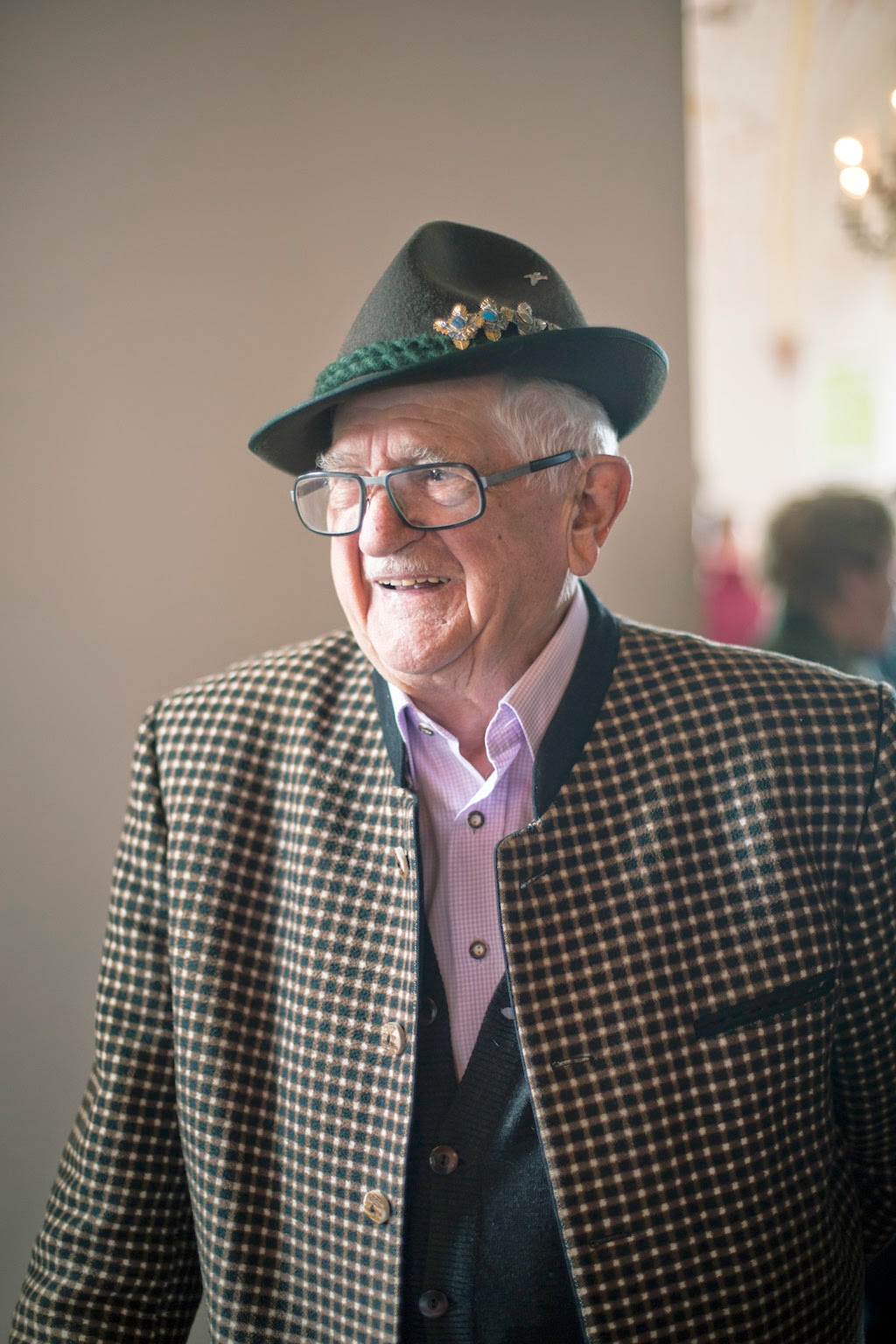 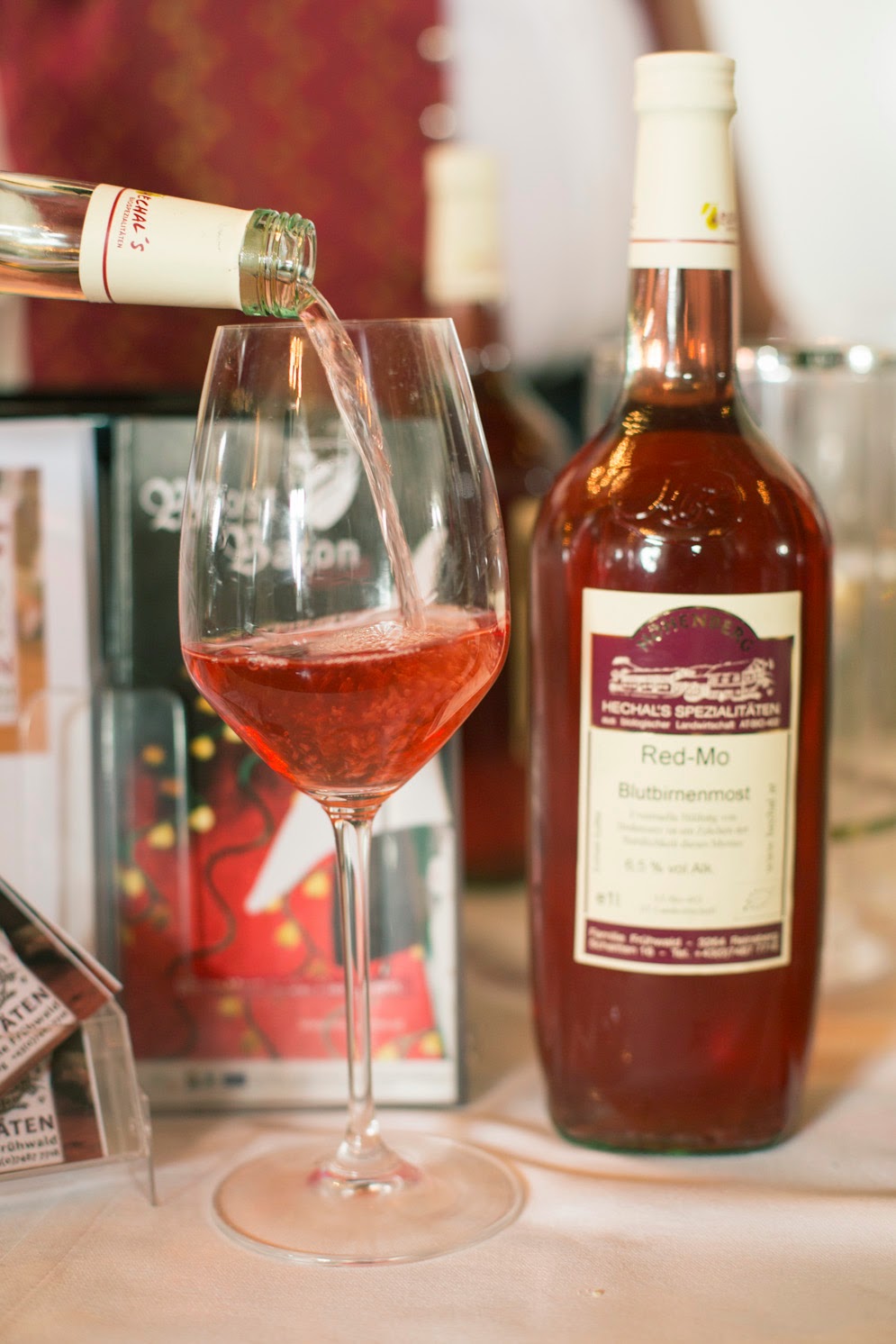 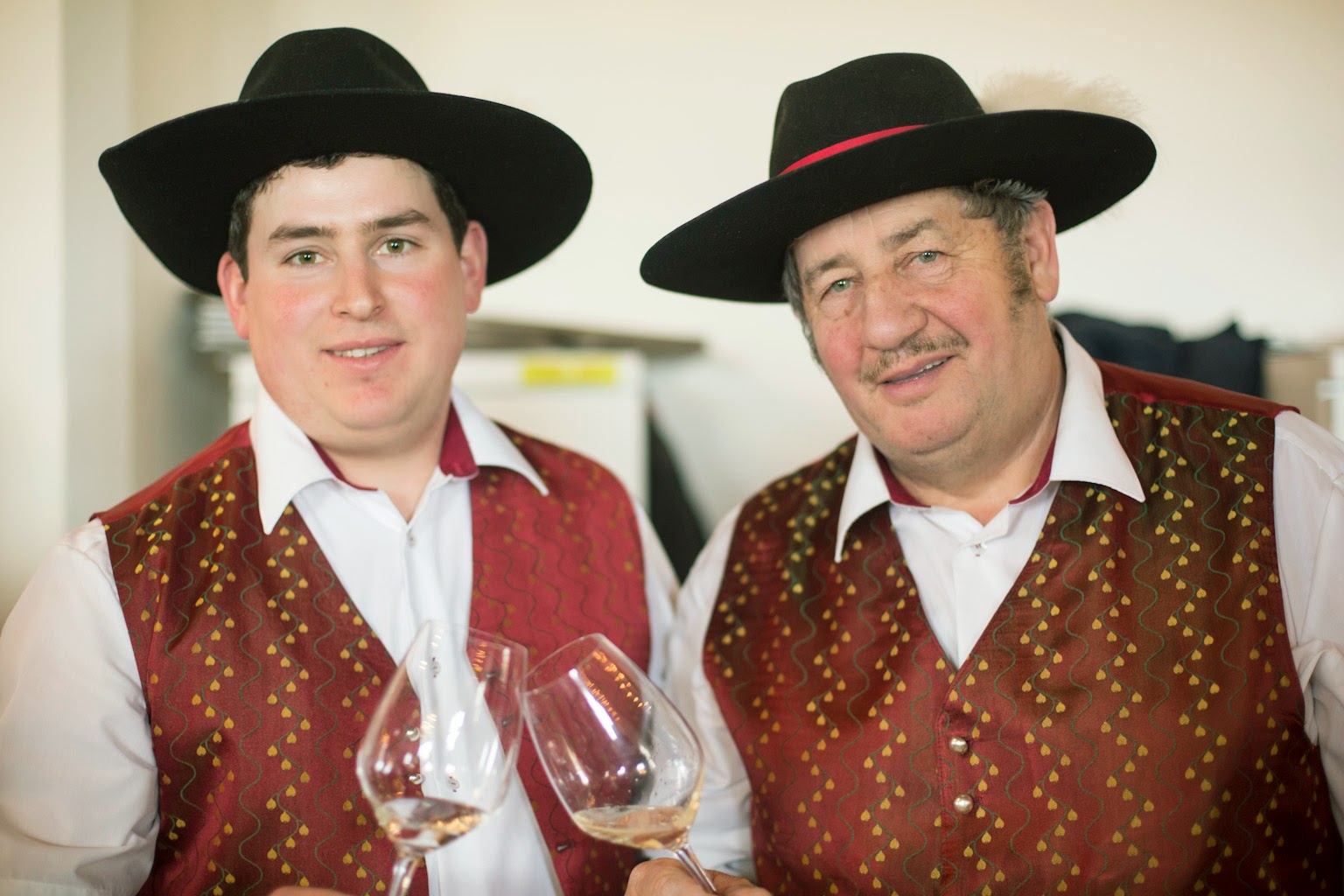 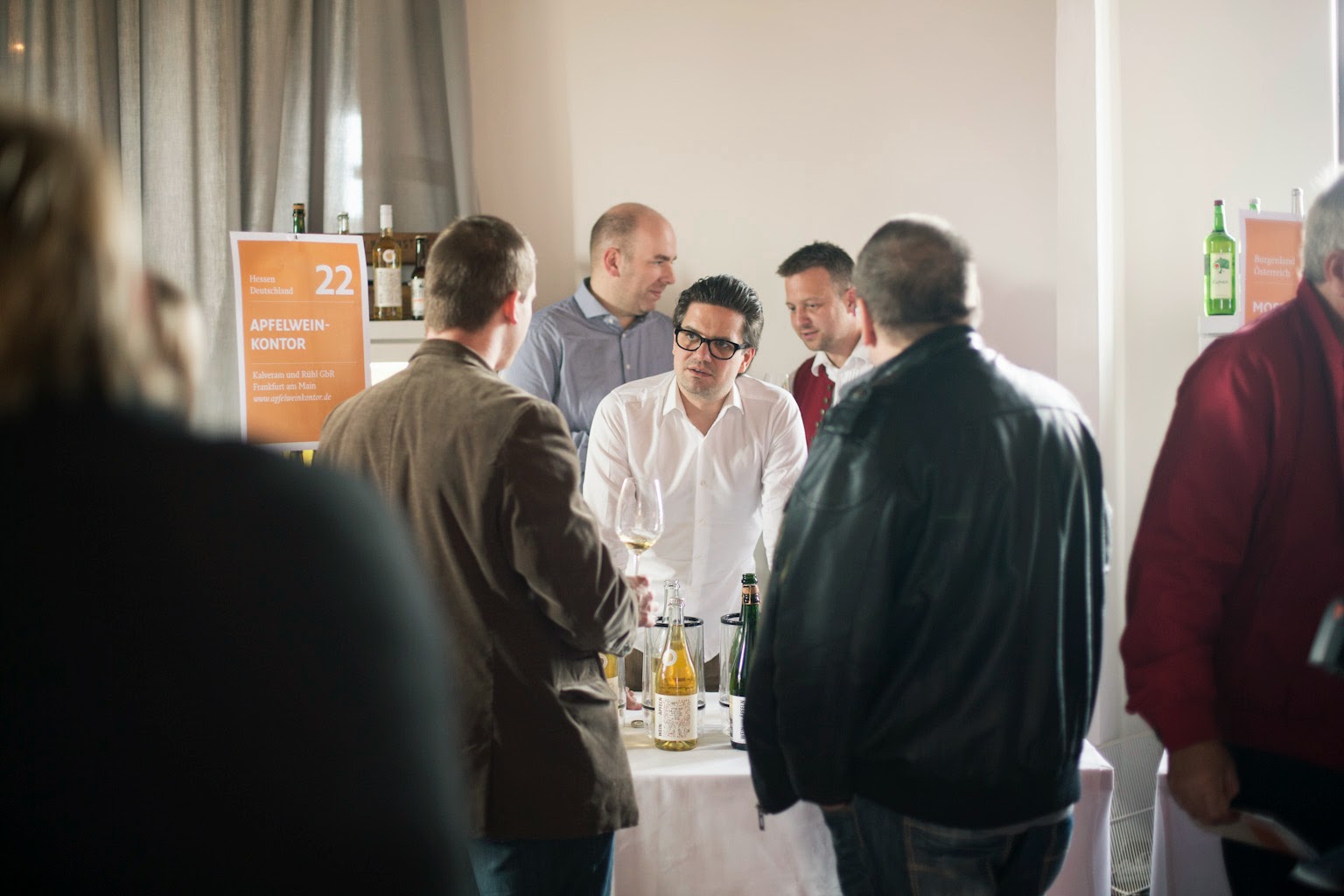 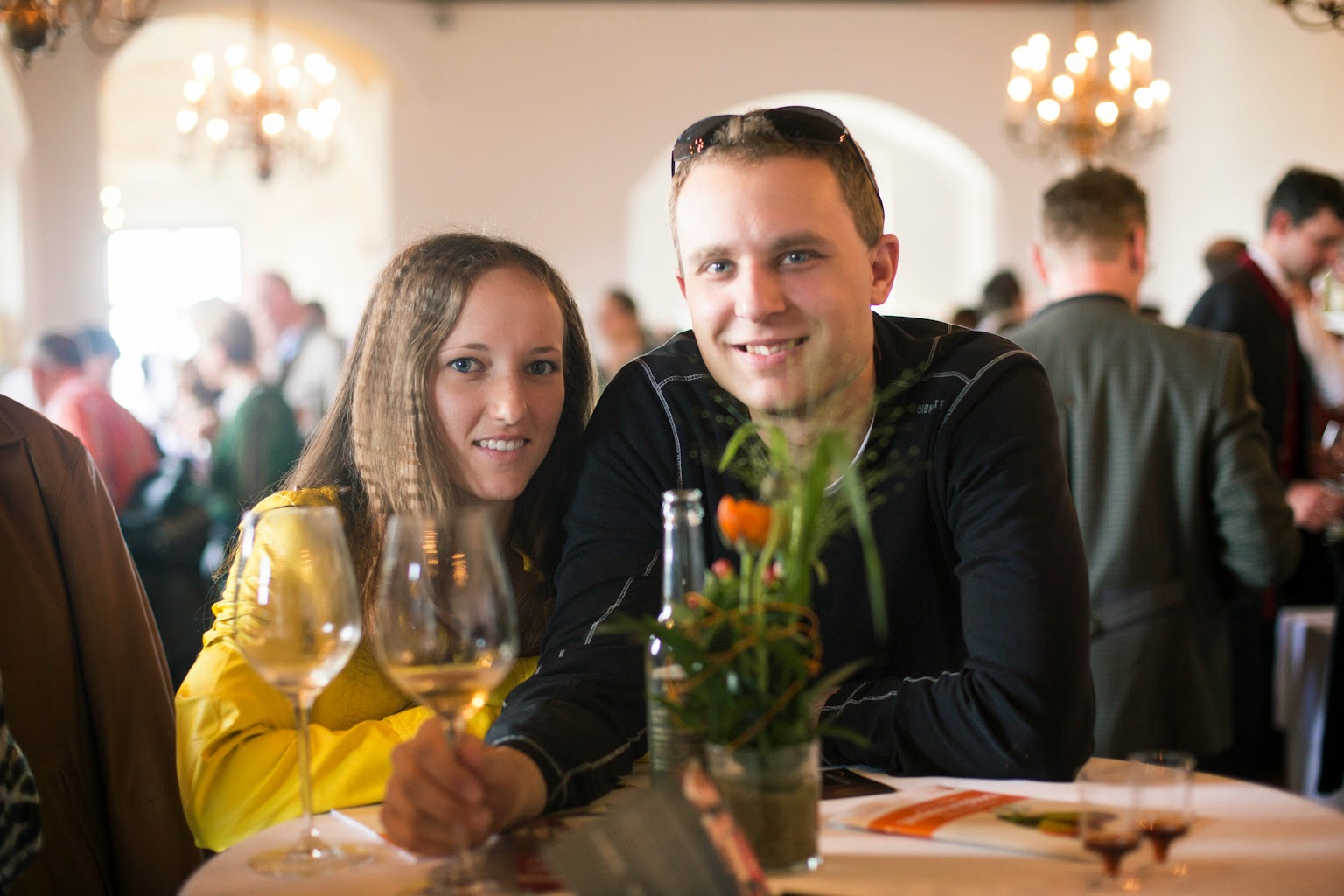 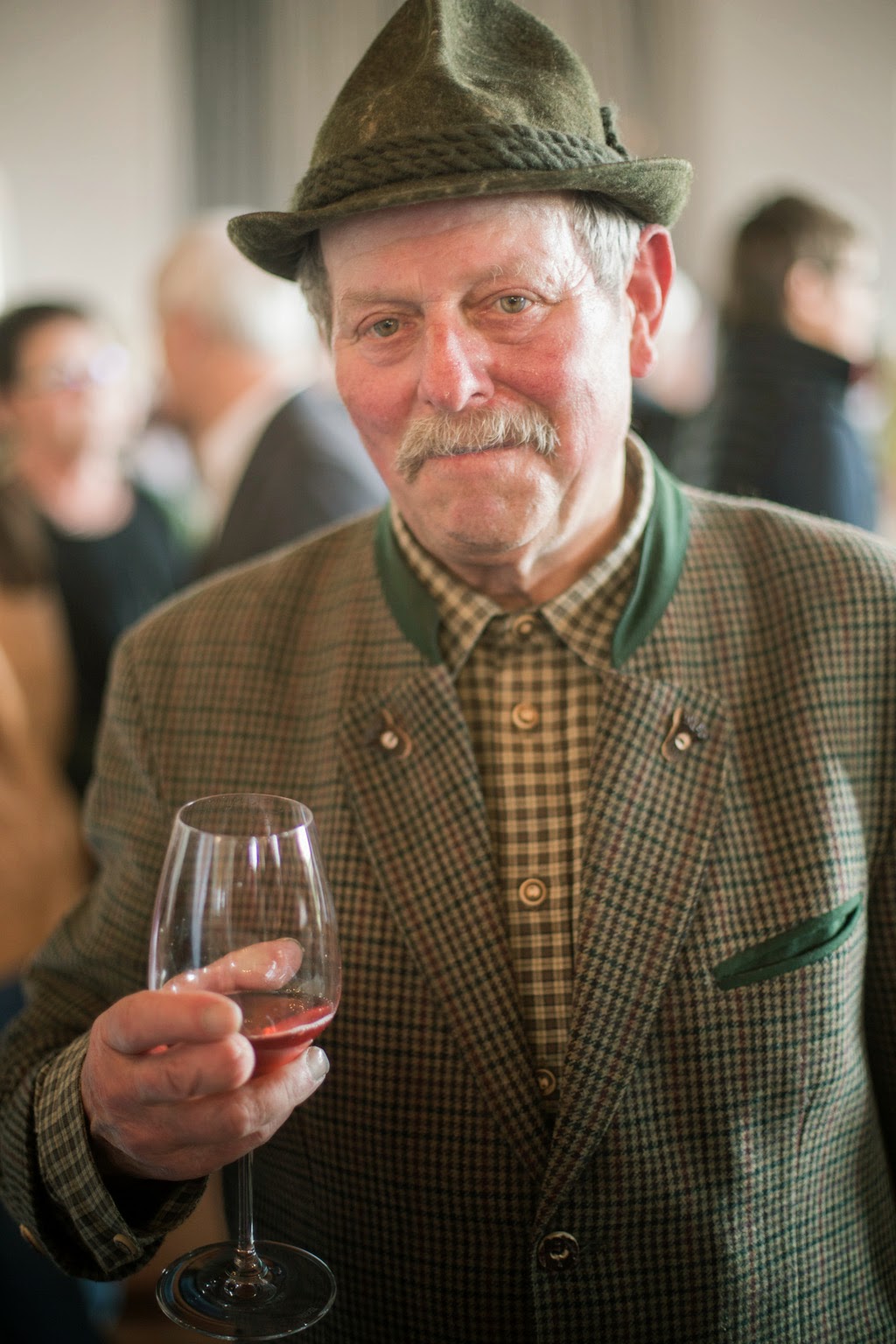 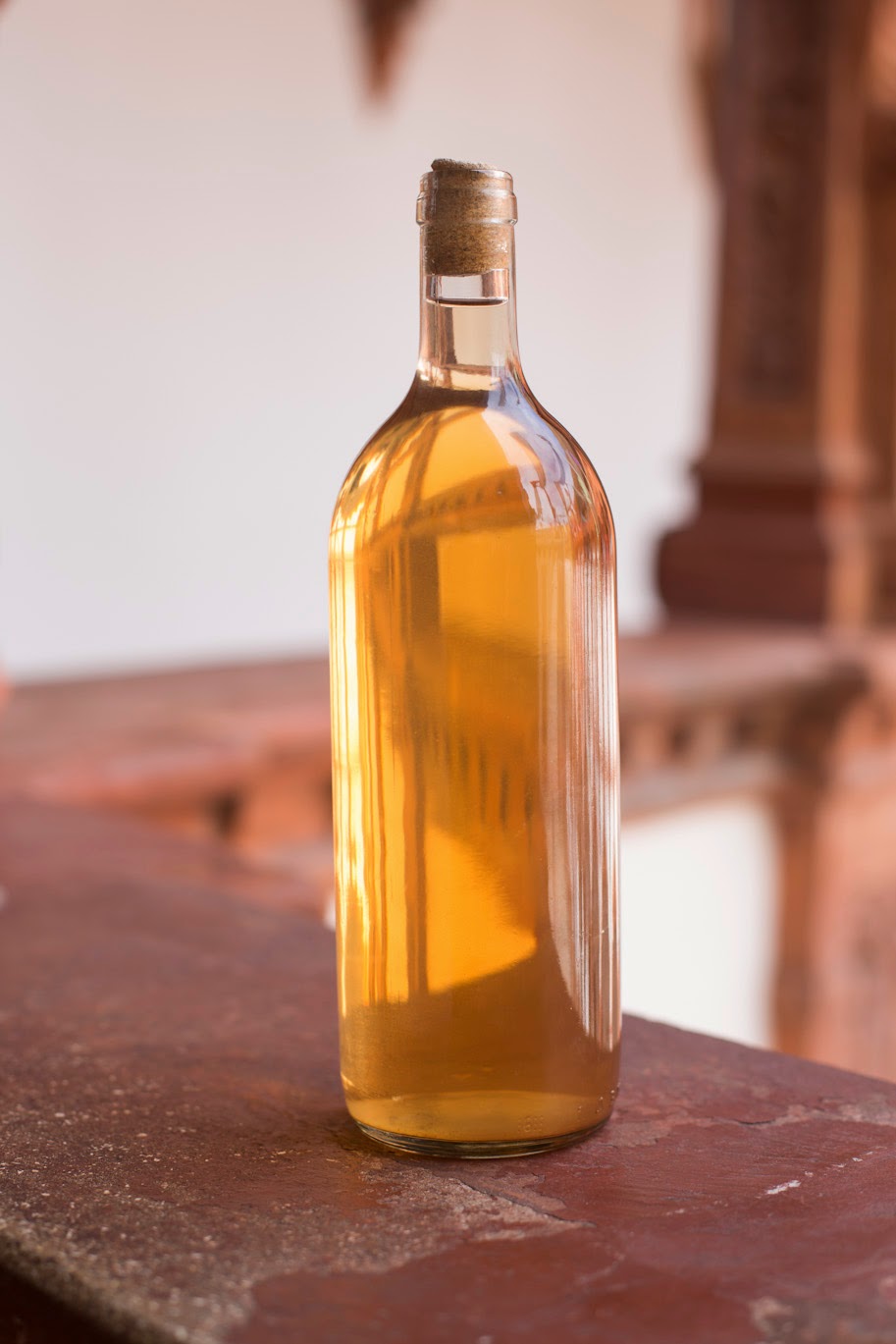 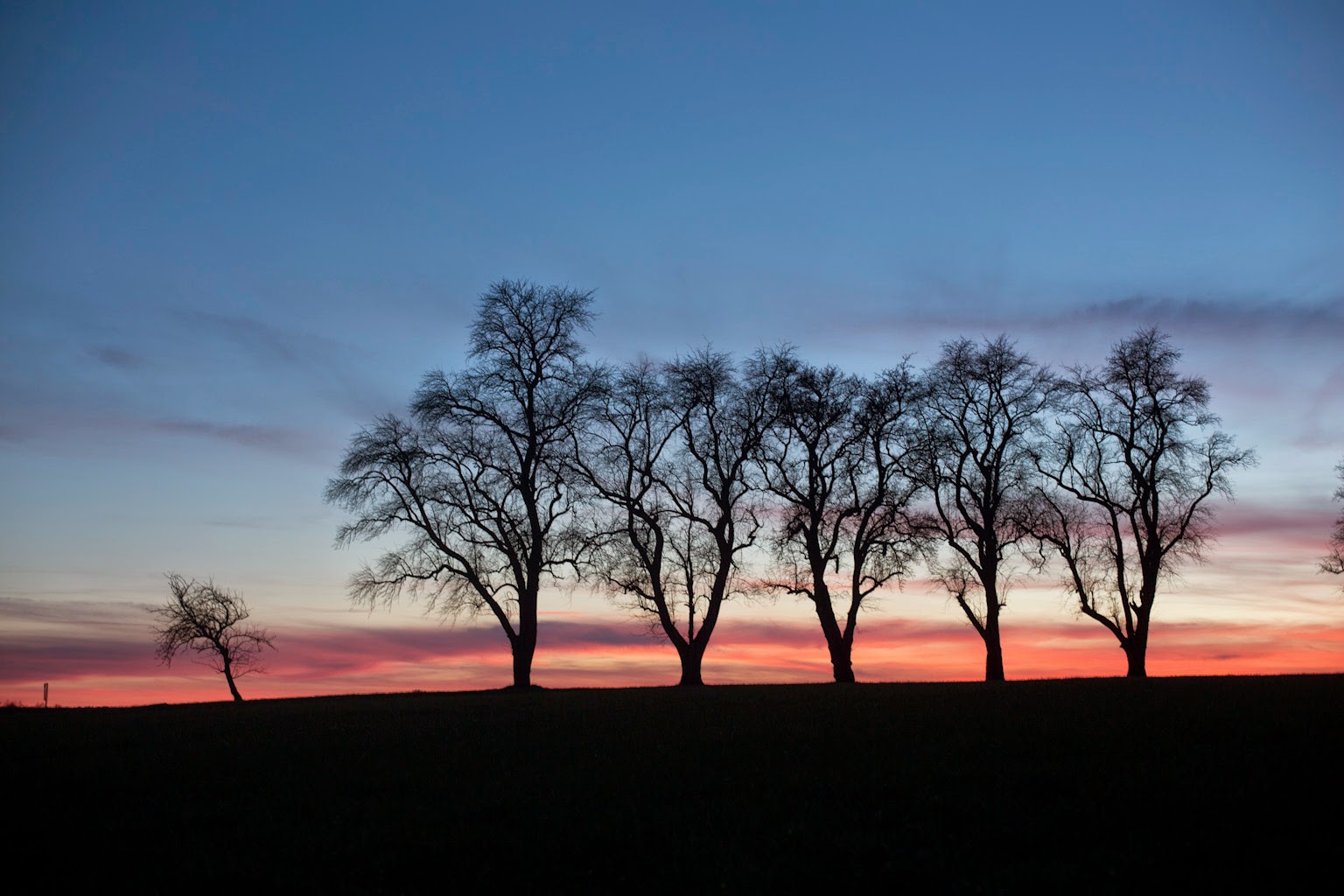