Today, I crossed a threshold. Our jolly postman (who I happen to know is also our local historian) delivered an unassuming, small package in his jovial manner chirping "Morning - me again" as he poked his head through the open door saying "This one needs a signature please!"
"No worries.." I replied taking his pen. I signed and then held the parcel aloft casually dropping in "..its three hundred and thirty seven years old you know?"
He laughed "but when was it posted!"and for that, I had to stop goading him and confess with the pride of a new dad "Its a first edition of the Vinetum Britannicum. And its mine!"

Its a surprisingly small, modest looking publication. To people like me who don't ever experience rare or antique books, it feels a bit strange to think that a piece of literature we now consider as quite important actually looks so plain. But if you think about it, it was printed as a simple a book on cider and cidermaking (and "such other Wines and Drinks that are extracted from fruits growing in this Kingdom") so it shouldn't be too surprising as its not so far from the equivalent of an agricultural manual that might be printed today. Of course the author John Worlidge probably had no idea of its future worth when it was published in 1676, but it has come to be one of the most cherished and significant books on the subject because it was the book to ever document the process throughly.

Not only that, its recognised as the first book to discuss the viability of cider as an industry specific to the British Isles and our climate. He begins chapter three (where the phrase 'Cider the best of Drinks' runs across the top of each page) with some rallying words:


"Having tasted a little of those several Dainties that are in most Countries liquidly prepared to please the Palate, I hope every Englishman, or native of this Isle, on his return hither, will conclude with me, that our British Fruit yields us the best Beverages; and of these Fruits, the Apple is best, which is here called Cider."

He goes on to describe, in great detail, the process of cidermaking, propagating fruit, diseases, the preparation of land for planting orchards and highlights the profits in doing so. He was suggesting a new idea: that landowners appreciate the benefits of growing cider fruit and making cider as an economically advantageous agricultural alternative to traditional farming.

I love the fact the cover is blank and the book remains unlabelled and anonymous until you open it- something that would seen as bold or very stupid if it were printed today. I relish the decrepit edges of the soft leather spine that it has been worn down by hands of people long dead who may have chrished it as much as I do. Who were they? What did they do? When you open it, you notice the texture of the paper and they way the ink lies on it -so you get closer still to examine it then you notice that lovely leathery, old musty aroma from the pages. I can still see the impressions left in the paper from the weight of the press that squeezed the words and images into the paper forever, if I run my fingers over them and shut my eyes, I can feel the bump as the edge rises and falls.

So yes, here it is, my very own copy of one of the oldest books in the world relating to cider and cider production. 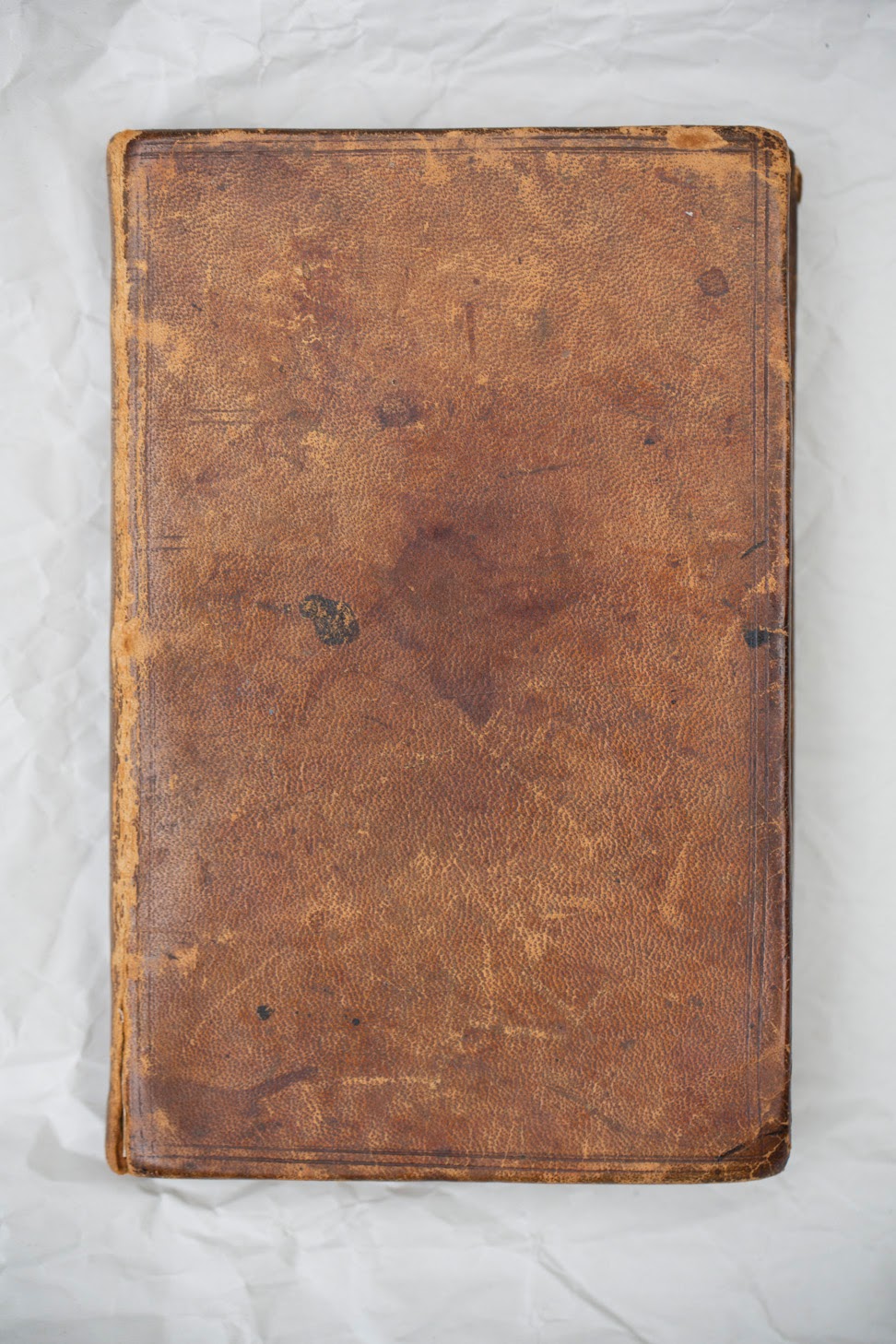 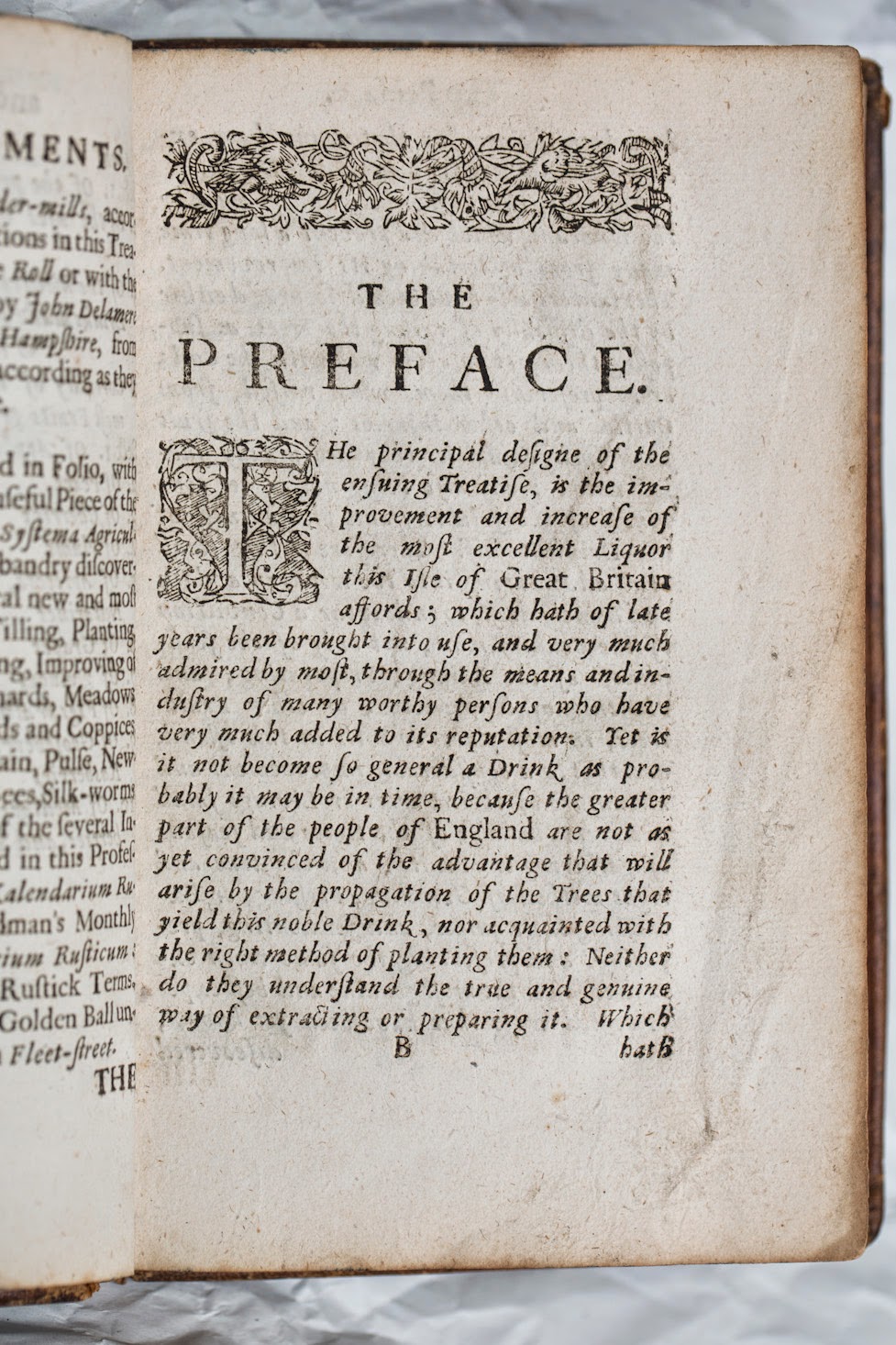 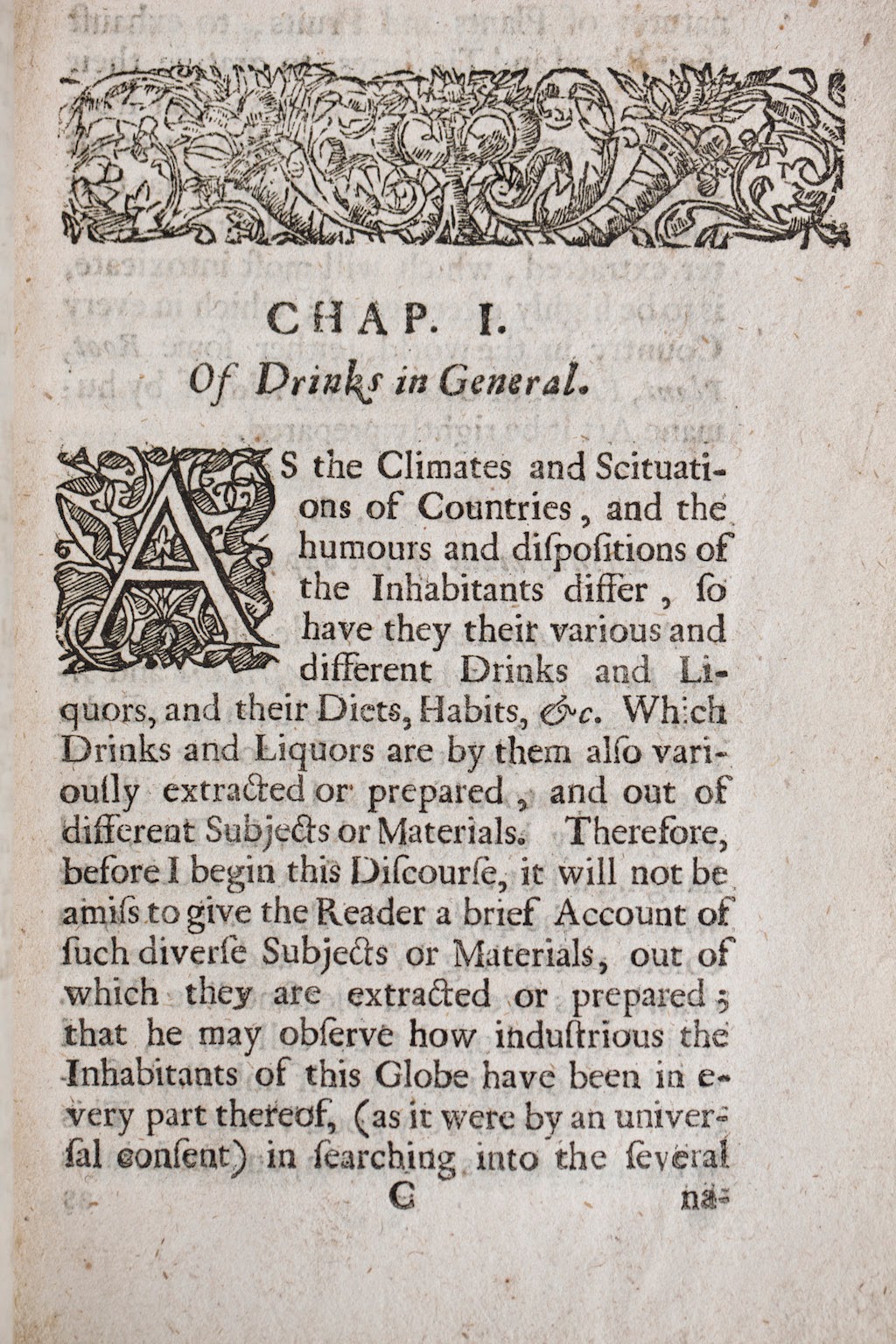 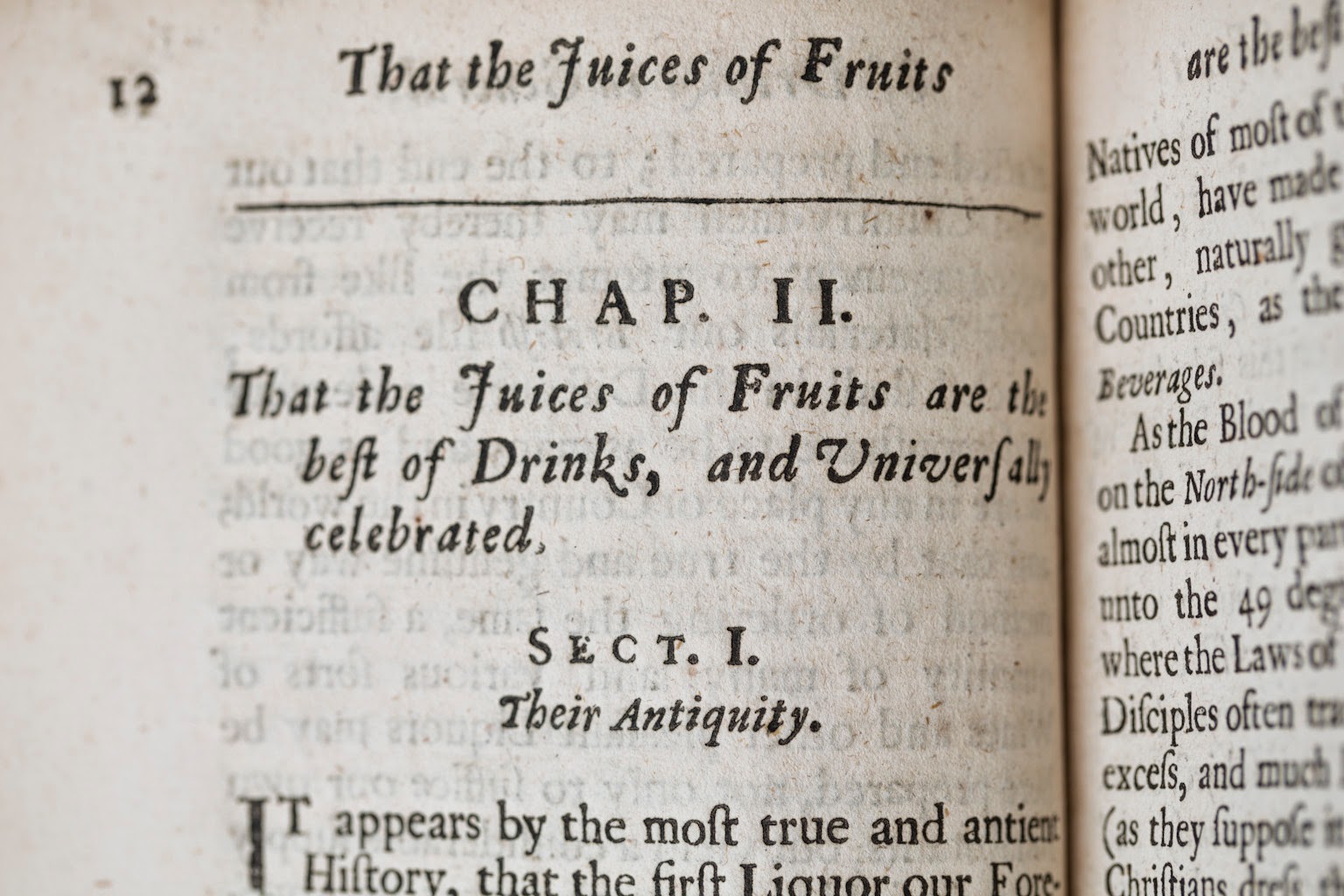 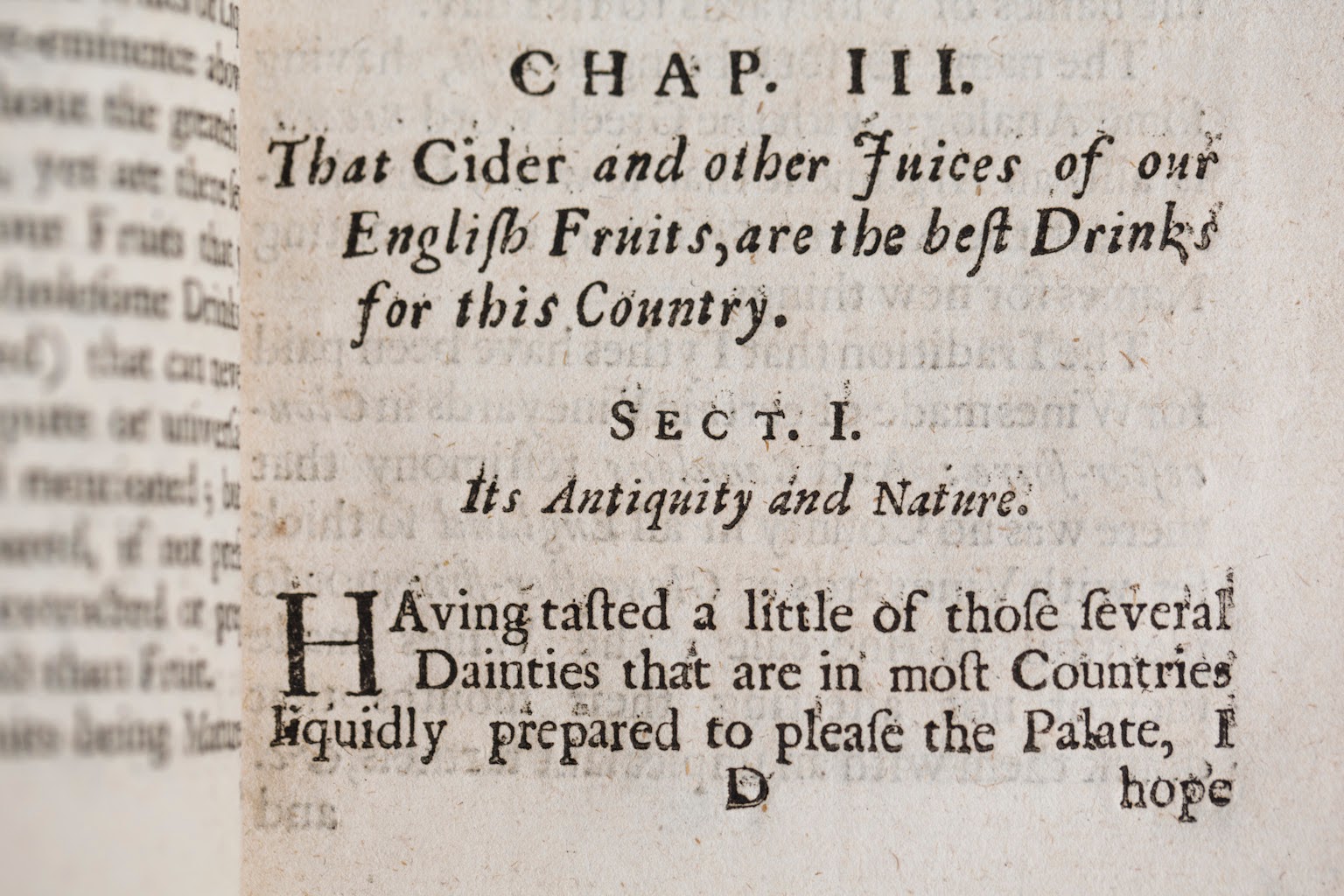 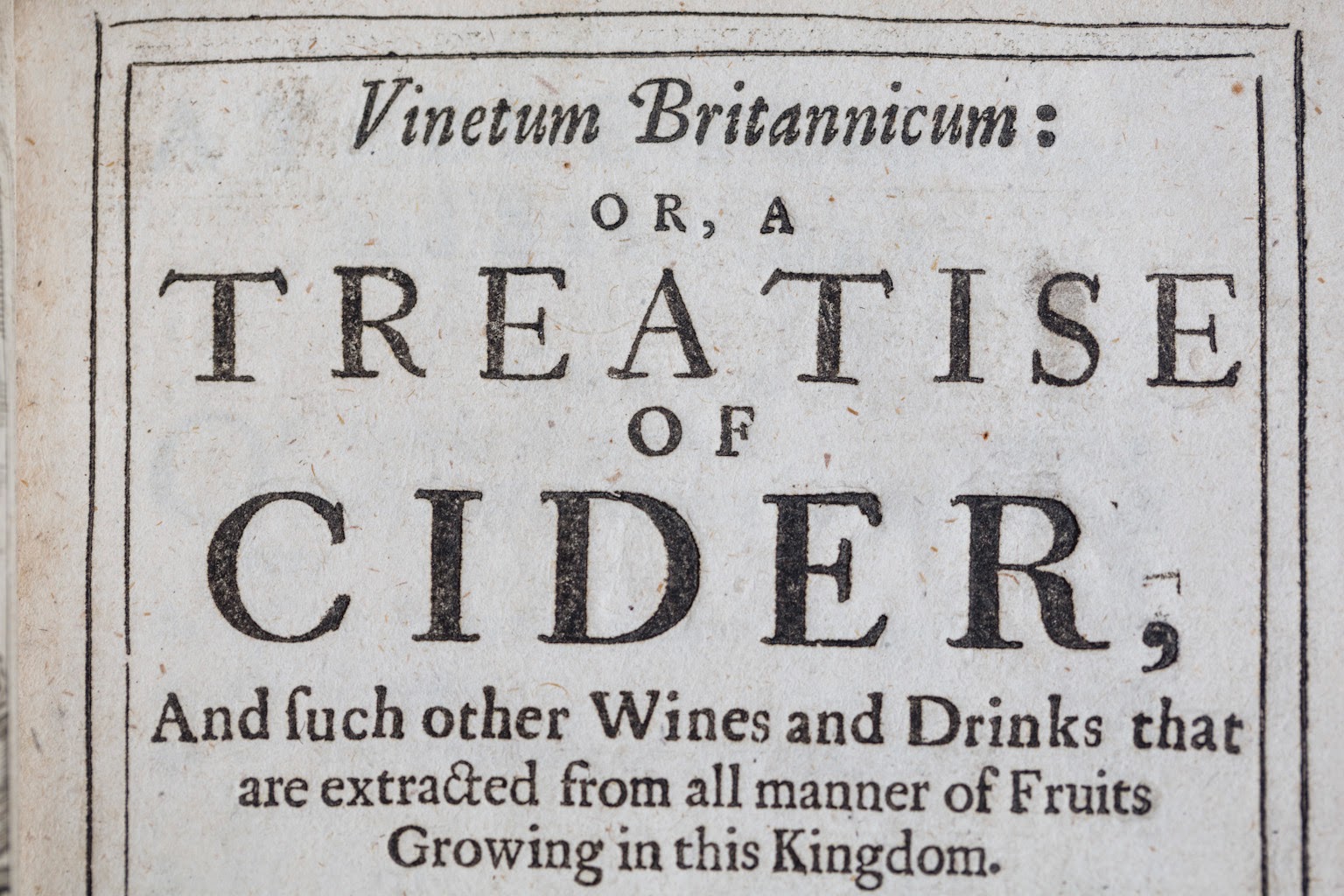 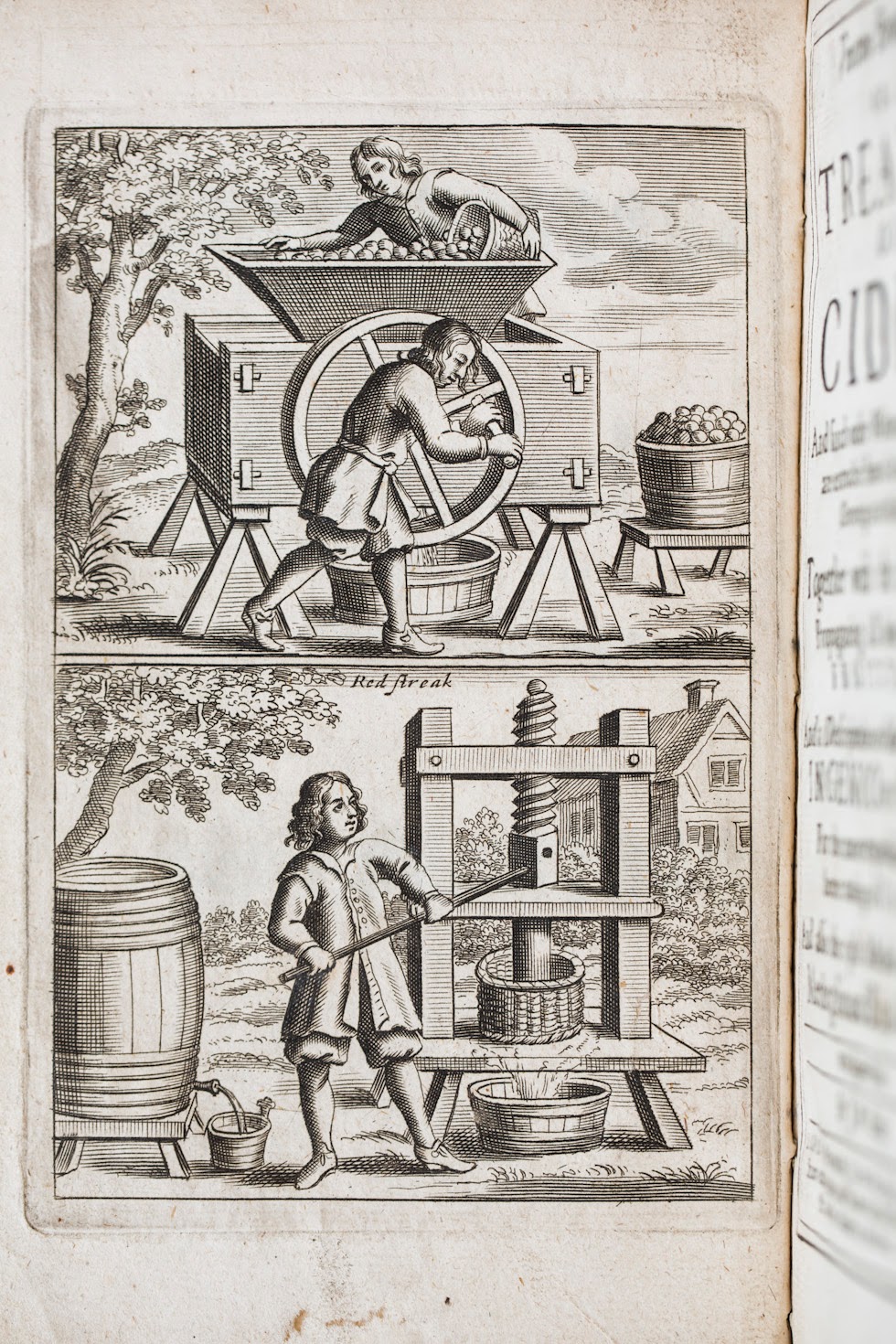 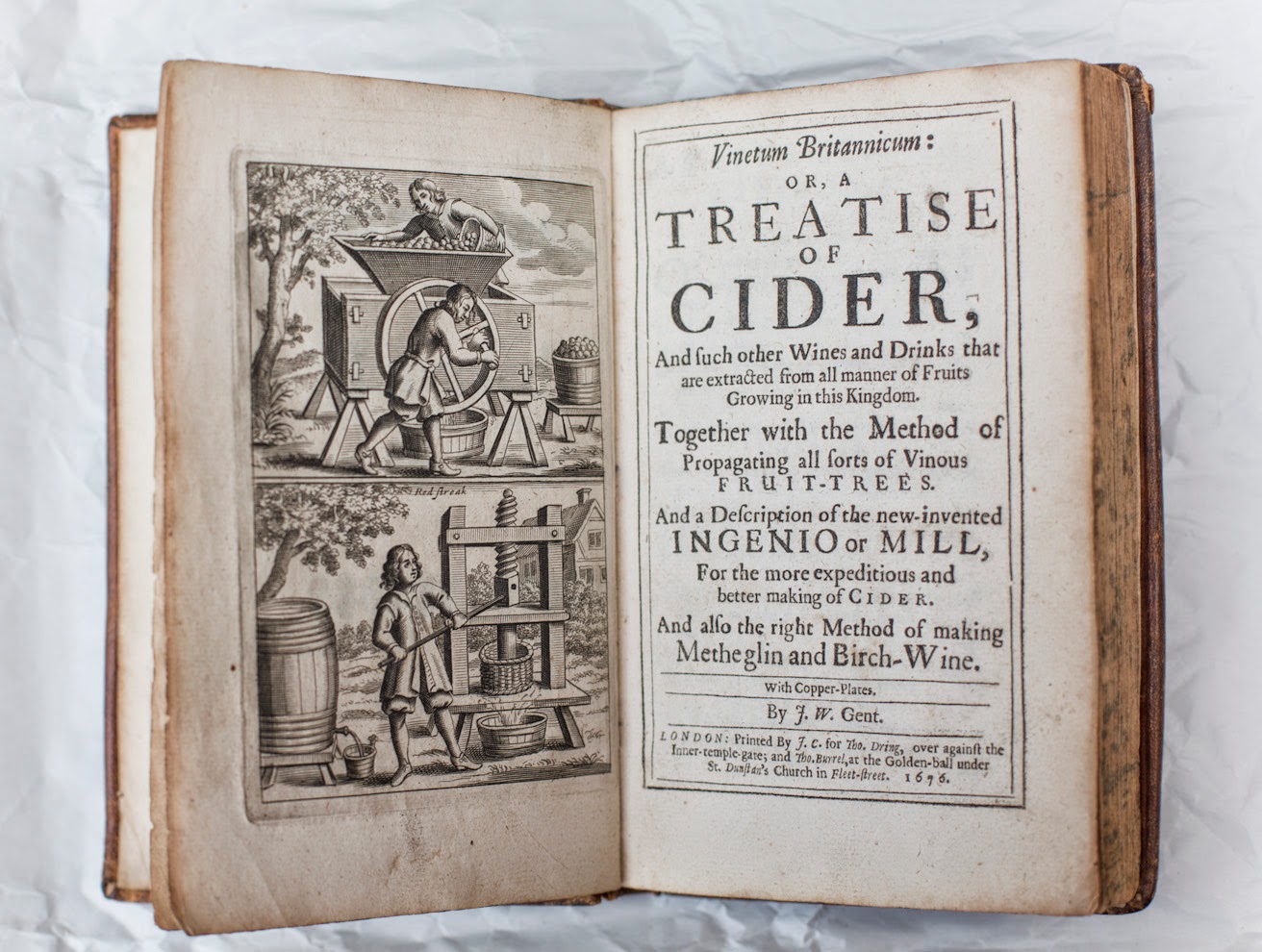 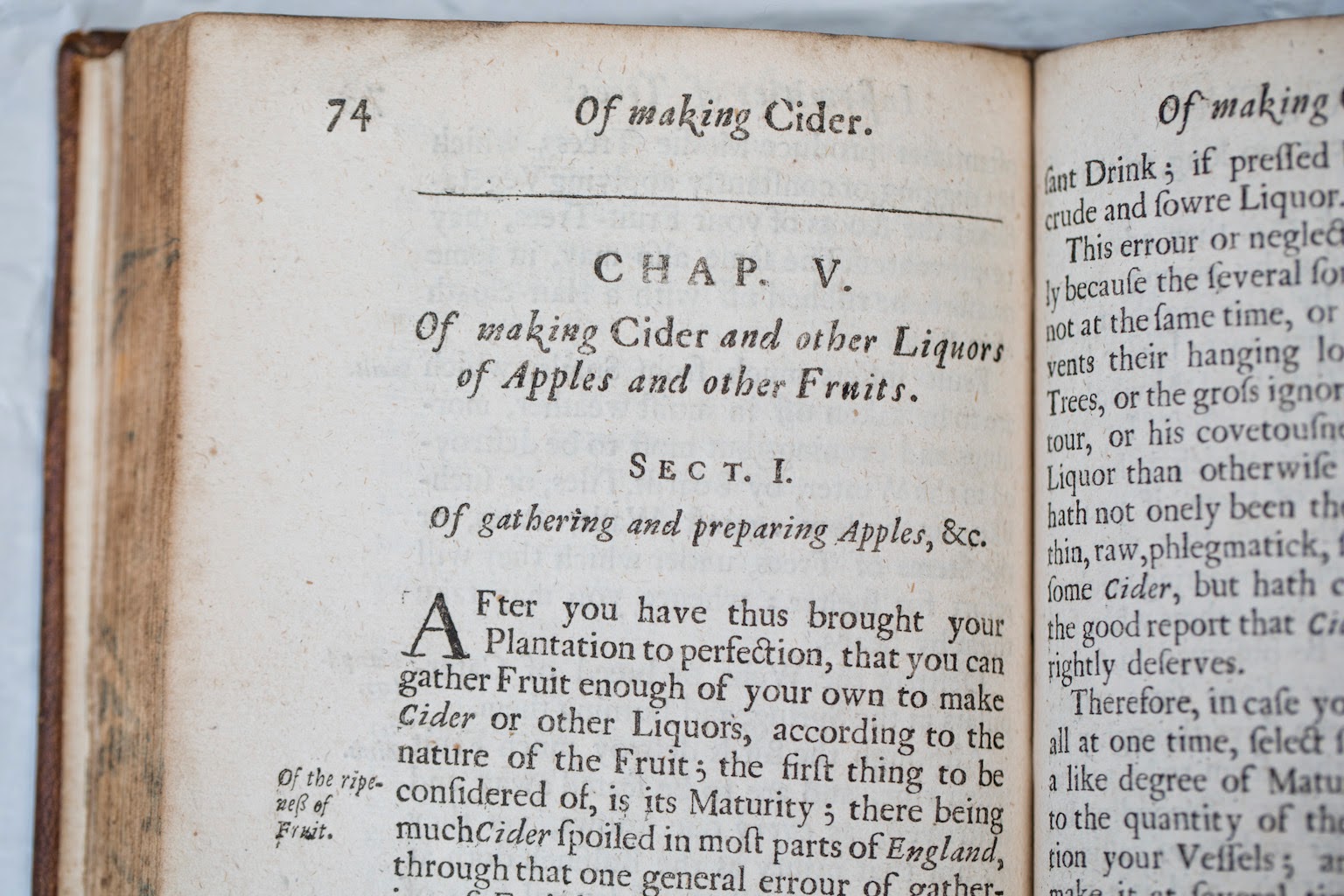 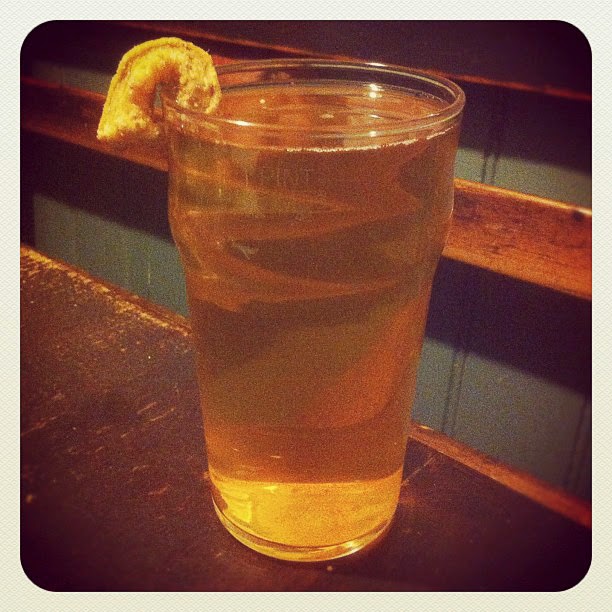 "The use of the term art medium is, to say the least, misleading, for it is the artist that creates a work of art not the medium. It is the artist in photography that gives form to content by a distillation of ideas, thought, experience, insight and understanding."
Edward Steichen

I found this great photography quote today. Whilst this is clearly un-related to cider in any way as all my own ideas are being used up in the cider manual I'm writing currently, it'll have to do for now.
Normal service will resume soon - promise! 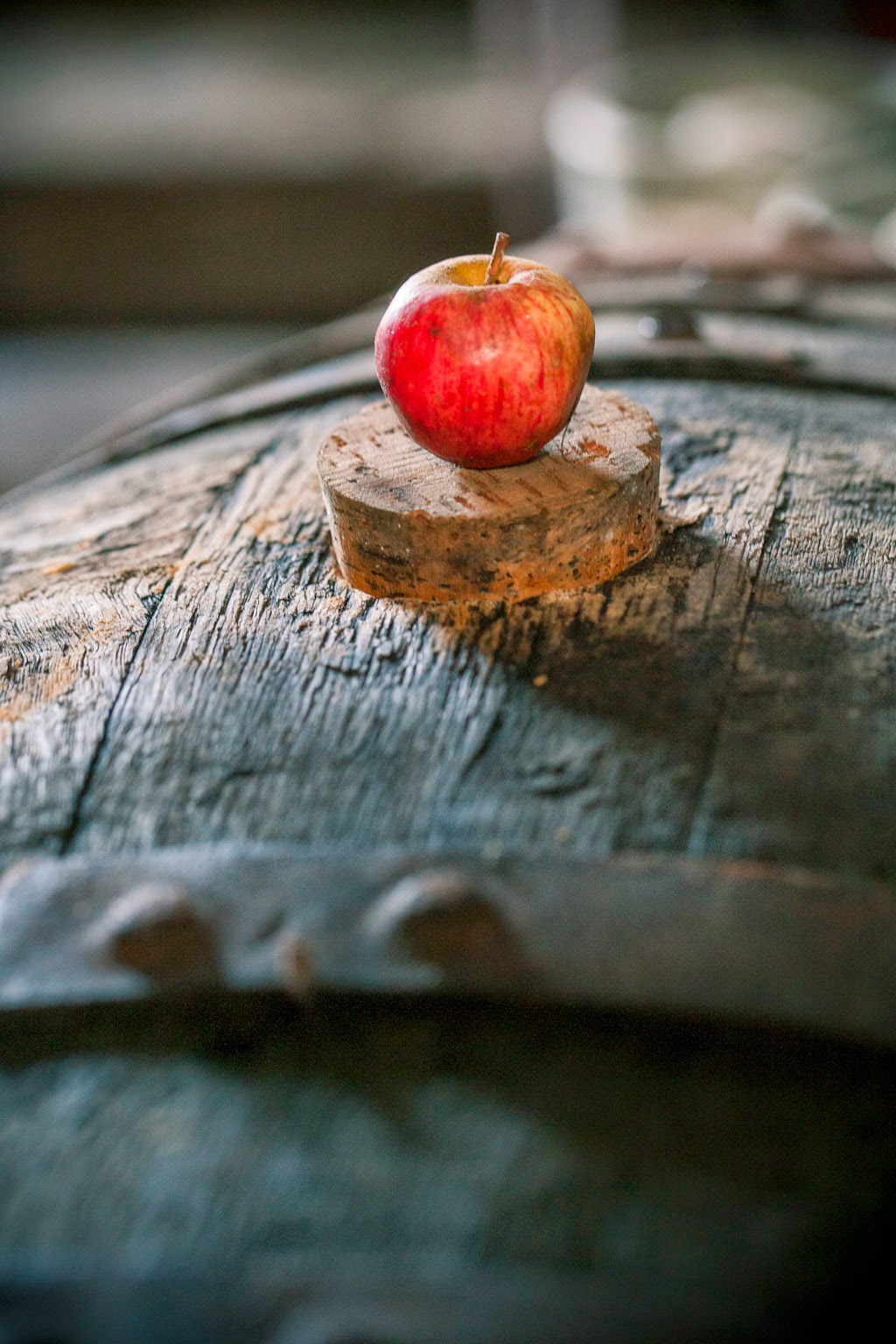 Posted by Anonymous at 11:07 No comments: